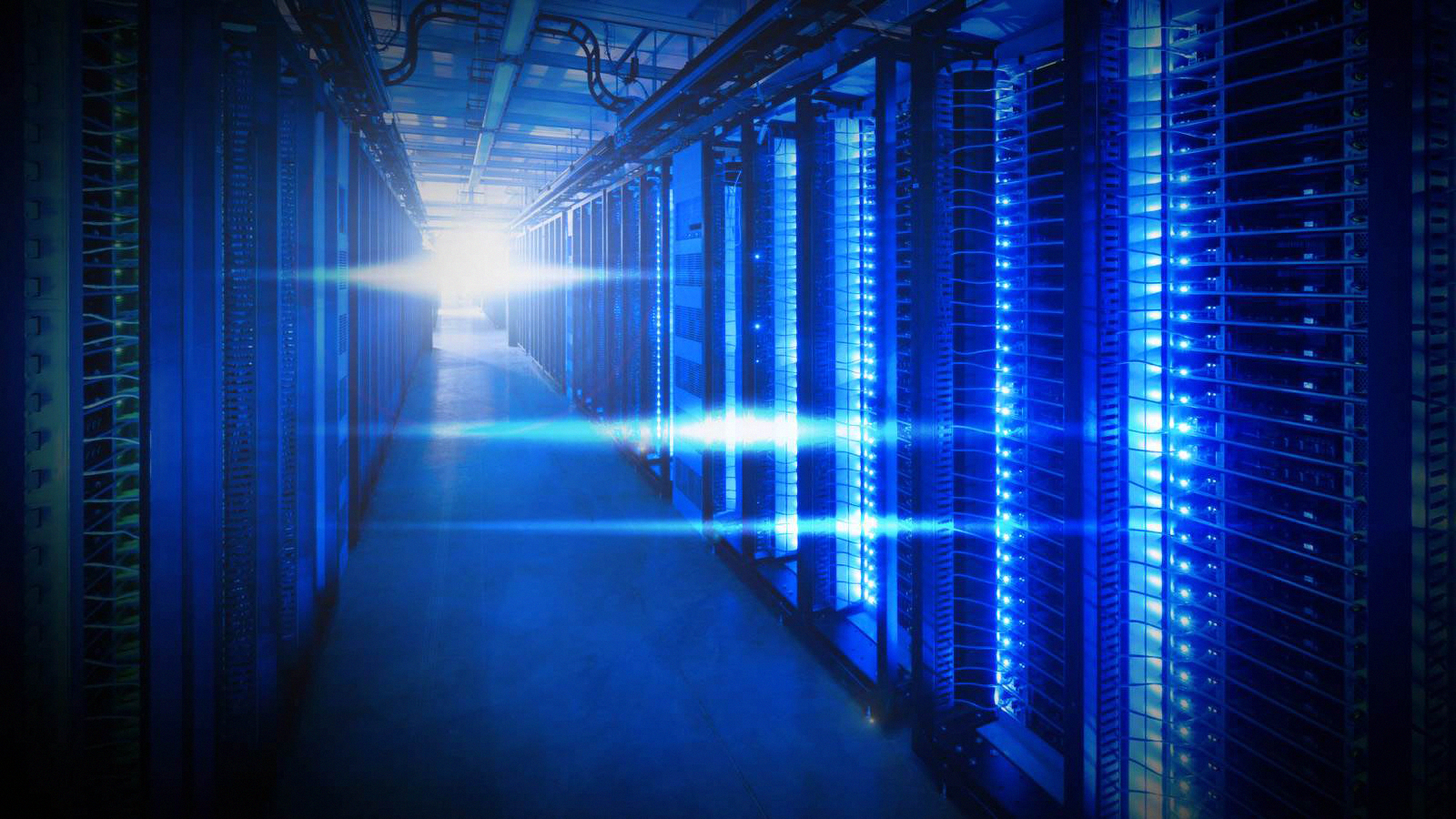 Advanced Scale Computing – Probably Not In Our Lifetime

Unless we embrace Open Source Everything Engineering (OSEE)

In the ideal, Advanced Scale Computing (ASC) would be holistic – integrating all information across all disciplines, languages, domains, and modes of cyber space-time. ASC today does not integrate all measurements such as true cost economics (e.g. natural capital as well as moral and physical hazard) across all supply chains as well as policy and behavioral domains. If ASC is to be achieved it must be rooted in Open Source Everything Engineering (OSEE), the only approach that is affordable, inter-operable, and scalable to the five billion poor whose human brainpower is biological computing at exascale. OSEE embraces rather than ignores the opportunity costs of doing business; the urgency of achieving access to all information at all levels; and the vital contributions of the five billion poor as both sources and consumers of information and intelligence (decision-support).

The ancient history, like most archaeological work, helps inform the present. I have learned that the West – not just the USA but all of us – is not reaching its full potential in relation to Information Technology (IT) and the related craft of intelligence (making the most of all information in all languages all the time). We will not achieve advanced scale computing in our lifetime, on our present course trapped in legacy budgets, legacy clients, legacy technologies, and legacy mind-sets. For over fifty years we have ignored Peter Drucker (“focus on the I in IT”), Buckminster Fuller (“do more with less”), and Russell Ackoff (“stop doing the wrong things righter”). We have substituted marketing as well as superficial short-term offerings for requirements analysis and deep engineering. We continue to abuse the trust of ignorant clients. We offer up unsafe undocumented piggy code that is ultimately unaffordable, not interoperable, and not scalable toward the five billion poor.

The greatest technology companies have been and remain predatory. These corporations mutate and migrate ‘application program interfaces’ (API) as commercial strategy to hold third party developers hostage. Lawyers and MBAs, not engineers and implementers, have dominated the strategic horizon of the global computing industry, in the process downgrading it to a scale now threatening human progress through its omissions and incompetence.

Never mind the outrageous costs – financial costs, ignored true costs of unsustainable offerings – for example, computing centers sucking 1.7 million gallons of aquifer water a day from aquifers dropping by multiple meters each year. Ignore the opportunity costs — the price we pay for failing to develop a true global information architecture – a world brain – with the ability to process and make sense of all information in all languages and mediums all the time. A world brain – achievable only with a commitment to OSEE – would eradicate corruption and eliminate the 50 percent waste that characterizes all of our “modern” or industrial systems from agriculture to energy to health to housing to security to water and beyond. It is not naïve to aspire to this (others have in the past) – it is irresponsible to persist in myopic unsustainable practices that place humanity and the Earth at greater risk each passing decade.

What Is To Be Done?

What tasks lie ahead? My past quarter century as a professional intelligence officer – intelligence properly defined is about decision-support to strategy, policy, acquisition, and operations for everybody – the outputs – not about spies and secrets meeting 4% “at best” of the President’s needs – suggest that we need to do three things in the next decade, all three leveraging OSEE and new intellectual property and revenue models with no compromise whatsoever.

01 Either rooted in existing companies with good cash flow or emerging autonomously, we need an exascale sparse matrix on top of global 1:20,000 or better chart (a chart has contour lines and cultural features and is to scale, a map is a crude general depiction) such that we can do machine-speed information aggregation and exploitation across space as well as time. Supply chains and their true costs are a major immediately beneficiary of such a capability even in gestation (pilot projects for one company at a time).

02 We need the below eighteen functionalities for individual and collective analytics shown in the graphic below and as defined as needed by the Central Intelligence Agency in 1986 – they must be integrated and free to the five billion poor. It merits comment that despite a trillion dollars being spent by the US secret world in the past quarter century (an average of $40 billion a year) we still do not have this for one simple reason: no one cares about creating intelligence.

03 We need to create the distributed network of data and data processing that is affordable, interoperable, and scalable while providing anonymity, privacy, and security impervious to unauthorized government and criminal manipulation and misappropriation. The blockchain is promising – the industry consortium creating compromised blockchain solutions are not.

04 We must get a grip on 5D computing and the intersection of data volume and digital dialog where ethics – transparency, truth, and trust – are the underlying engine for man-machine synergetics – Robert James Beckett’s focus on “the age of virtue” is the essential perspective.

Absent startling intellectual breadth at the top, there is no incentive for these companies to adopt a new business model with these objectives:

To sum up: most IT “leaders” generally lack an understanding of open source broadly defined, what I call Open Source Everything Engineering (OSEE). They also do not realize that blockchain technology, while promising, has reached a dead end within its present constructs – Stephen E. Arnold has additional insights on this topic.

We already have biological computing in hand. The human brain is the ultimate in quickness, compatibility and energy efficiency – a computer with petaflop and higher speeds in a container about a liter in size, powered by ten watts or less. Today’s information technology leaders have failed to recognize that human augmentation, not artificial intelligence, is the center of gravity toward mechanized exascale computing

I have written elsewhere about Applied Collective Intelligence (ASCI). Let me conclude by identifying the nine core open source domains we need to embrace, each with three from many sub-set also specified. These are the starting point toward achieving OSEE and hence a prosperous world at peace.

The Sustainability Development Goals (SDG) of the United Nations (UN) cannot be achieved with the legacy model of donors, intermediaries, and industrial-era solutions. Within the Western countries, where government are failing and economies are collapsing, the industrial-era approaches to each critical information-dependent domain, all designed in ignorance of holistic analytics and true cost economics, and now visibly unsustainable.

An Open Source (Technologies) Agency (OSA) has been proposed to the White House. IT companies concerned about their future may wish to familiarize themselves with this proposal. Pre-approved by the Office of Management and Budget (OMB) at a Full Operating Capability of $2 billion a year, it represents a bridge to the future, and a lifeboat for an industry unable to save itself.

Robert David Steele was one of the first digital innovators (1986-1987) at the Central Intelligence Agency (CIA), leading Project GEORGE and Project TESS in the Artificial Intelligence Staff they build around him. He was a founding member of the Advanced Information Processing and Analysis Steering Group (AIPASG), and went on to co-create the Marine Corps Intelligence Activity (MCIA), Open Source Solutions Inc. (OSS), and most recently, the Earth Intelligence Network, a non-profit (EIN). He is in passing an elected member of the Hackers Conference created by Steward Brand; was the opening speaker at Hackers on Planet Earth in 1994 (speaking at every event since), and is a top Amazon review for non-fiction, reading in 98 categories. For the next year he is mapping the OSEE world and populating a new web site, Open Source Everything for the 21st Century.