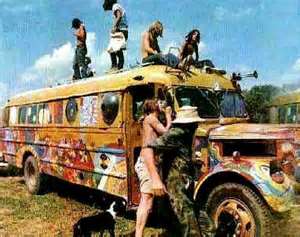 Been There, Done That, Want to Do More – Lots More!

A Certain Age – Life for boomers wasn’t always the Age of Aquarius, but it was a time of opportunity and potential when you could make a change, make a difference. O.K., so it didn’t happen, but they’ve lived to see if the Gen X, Gen Y and younger can do any better.

Not long ago, we were visiting Hanalei, Kauai and our son innocently asked, “Is this what it was like growing up in the ‘70s?” It got us thinking as we approach “that age” that boomers aren’t all that bad. They can’t be. After all, the population born between 1946 and 1964 are 80 million strong.

From the potential employee and marketing target perspective, they’ve been largely ignored, as decision-makers preferred the “sweet spot” 18-49 age group.

But according to the Conference Board and Nielsen Neurofocus’s “Most Valuable Generation” reports, maybe we need to take a new look. Especially when Nielsen noted that in five years, 50 percent of the population will be 50-plus.

Even Split – Sure marketers logically target the up-and-comers with their marketing efforts. Boomers may grab the newest technology, but when they do, they’re a lot more loyal to the brand and product. In addition, they also have the biggest share of the disposable income.

Since the world economy hasn’t been kind to any of us working folks, the Conference Board found that nearly two-thirds of people 45-60 said they were planning on “delaying” retirement.

Extending Careers – The downswing of a few years ago affected everyone equally – young and old – to the point that a growing number of people have put off the idea of retirement. Of course, there are other reasons such as their experience/expertise is in short supply and they are healthier and really want to work.

That probably doesn’t come as any big revelation to you in light of the financial losses, layoffs and income stagnation we’ve experienced in recent years.

Millenials love the headlines that declare they’re readily taking their technologies and their applications to work and using them … constantly.

Not only are they not alone in the shift to the “always-on” era, but it bears repeating that it was the now-Baby Boomers who put the “e” in email, e-learning and e-commerce. All of these innovators were born from the mid-1940s through the 1950s.

And many have chosen to continue their design, development, production work.

But they are different because they are concerned about privacy and don’t share every aspect of their lives, from breakfast to business proposals.

True, the BYOD (Bring Your Own Device) movement creates security headaches for IT staff, but it might just help today’s firms experience renewed growth.

Boston College’s Sloan Center on Aging and Work recently noted that Boomers’ intention to continue working may be good news for a number of industries that could face disruptive skills shortages if boomer workers retired.

Kevin Cahill, an economist at the Center, noted that the boomers have more financial security (everything is relative), employers have a larger labor pool to draw from and they are less likely to be looking for their next position on their first day of work.

It’s true that the younger generations are the first to adopt new technologies; but when they become mainstream, it is the Boomers’ adoption that is driving the growth of technology.

Not Too Old – Marketers often don’t target the boomer generation because they believe the men/women don’t want to learn new technology. The truth is most boomers focus on getting the latest technology and learning how to use it as effectively as possible.

After all, technology lets people stay connected, socialize, shop and entertain themselves. As the saying goes, “on the Internet no one knows if you’re a dog … even an old dog.”

While Eric Holtzclaw, head of Laddering Works, has a number of years to work before he can be classified a Boomer, he recently made some observations in Inc. Magazine as to why firms are rethinking their hiring policies.

He noted that the adage of “never trust anyone over 40” has changed because they are probably just hitting their stride and reaching the pinnacle of their professional skill set.

It’s pretty easy to do a background and employment history check to see if they can talk the talk, walk the walk, and if they have a good track record as a loyal, dedicated employee.

That’s certainly important if you have to invest in their training and know they aren’t looking for that next interesting job.

A common reason given for not preferring a Boomer for a position is that their benefits will cost more; but remember, mature employees have few or no dependents that need insurance coverage.

Some may already have their own insurance and don’t want to participate in the company’s plan.

They probably don’t have to take off time to take the kids to soccer practice twice a week and they often have no problem working beyond the typical 9-5.

Mature employees draw experience from people they’ve met and things they’ve learned over the years because the more business changes, the more it stays the same.

They have less to prove to the new kid in the office so they can also be valuable mentors to younger employees.

Ready to Go – Boomers are not merely online; a very strong percentage are heavy social media users, view their content online and are heavy notebook, tablet and smartphone users.

A person’s age doesn’t determine their ability to understand, use new skills and technology, that’s just part of person’s DNA; and the desire to learn new things, gain new skills is just part of actively contributing and growing.

Of course, there’s another even more important reason for companies to pay more attention to boomers … they’ve got the money!

Nielsen points out that the 50-plus consumers spend close to 50 percent of all CPG (Consumer Package Goods) dollars … now they have my attention!

Money Talks – While younger generations may be the primary focus of advertising dollars, they clearly have less to spend on advanced technology, travel, entertainment and just about anything that interests them.

And, according to their projections, in the next five years will control 70 percent of the disposable income.

What’s more, they are projected to inherit $15 trillion over the next 20 years.

Regardless of whether they’re still on the job or have decided to spend more time on outside interests and hobbies, they have two key ingredients marketers constantly want to tap … money to spend and the time to spend it.

One of the neat things that Nielsen Neurofocus found when studying how people’s brains respond to advertising, packaging, products and shopping experiences is that they tend to block or filter out negative messages and experiences.

Nielsen says that the experiences are overlooked unless they are immediately relevant.

Of course, if it’s a positive image/experience, things are cool.

They’ve been around for a while, so they not only have more money but also more sense.

All that experience has given them more emotional resilience; and even though they’re persistent, they tend to “not sweat the small stuff.” You know, like kids who think we grew up in “those” days.

But boomers today will settle for a little love from companies, products.