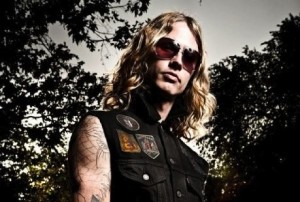 (Video) Can we “filter” the discrimination please…

Time for a Discrimination Filter. It seems as though the Brothers Bar & Grill in Denver, CO is having a major issue with its customers’ appearance, especially considering that they like serving only a particular type of customer.

In a time where small businesses all around the country are struggling to stay afloat, what seems to make this joint any different? Tattoos, that’s what! Yup, Brothers Bar & Grill has a major beef with Tattooed customers, so much so that you won’t even get into their establishment with them. So, what’s the deal?

Does this really fly with the locals, or does it seriously take a world famous rock band to bring out the objection to such a policy? It makes one think of what type of people the owners might be. I am starting to get the image of the proud owners of this “high class” bar and grill muttering, “Get to the back of the bus!” at one point in time. Do they not understand the concept of customer service, human rights, or profit potential?

Does a tattooed human’s money have any fewer fiat properties than the tattoo-free person’s? Or is this more along the lines of “No shoes, no shirt, no service” type crap? I obviously have a lot of questions about this one. My point being… is why is any of this still a question? No matter what flavor it comes in, discrimination is still very much alive in our country.

Oh how I love it when “We the people” report the news. That is where Jeff Fabb of the band Filter comes into play. Jeff and his band mate tried to spend their well-earned money last night at what looked like a normal bar and grill in Denver, CO. Upon trying to enter the establishment, they were told Jeff could not enter because he had a tattoo on his neck.

So like any levelheaded rocker would do, up went the middle fingers, out with the words “Fuck you”. Well deserved, if you ask me. Maybe we need to put a few more of those things up in the air. [Actually the history behind giving “the bird” is quite interesting. Check it out sometime (http://en.wikipedia.org/wiki/The_finger)].

It is 2013, we have no flying cars, there are no people living on mars, when “hope” is a “color” where the hell do we expect to go from here but down? It’s sad that there are still certain groups of people who simply cannot go into a restaurant, have a good meal, or grab a drink before or after working. I think perhaps places like Brothers Bar & Grill might get a wake-up call.

Considering people in Oakland, CA took to the streets, flipping over police cars and fire-bombing buildings, over a teen in Florida that had nothing to do with their own lives, is it safe to say that tattooed people from all over the country will turn into mindless zombies while rioting in the street over this? Not likely. But you must admit, sometimes all it takes is a mainstream media story to start a riot.

Will we tattooed humans show ourselves to be more civilized than that? I ask that, being a tattooed human myself. When was the last time a mob of tattooed people started flipping cars over in the streets (maybe when the Hells Angels were still doing security for the Rolling Stones)? Keep in mind that I am “not” advocating people taking to the streets over this.

Does it take something distant and far removed from your own life to create the means by which one takes action? Well, this BS business is discriminating against “my kind” of people; people who express themselves with art, a outlet that helps some of us deal with the mess of society around us.

How does a business still operate with this kind of mentality? How are so many things happening to us right before our eyes? How is Adam Kokesh in jail? How incapable of critical thinking are we? How did we get nowhere? The answer is within all of us. The question is when you say “Enough is enough?”

What is the natural reaction of discrimination? “Fuck You!”

“You reap what you sow,” so let’s hope Brothers Bar & Grill gets the message somehow. As for me, they will never get my business, change or no change.

With 180,217 fans on Filters Facebook page, let’s hope we can get some real “changes” up in here or at least in Colorado where this shit is supposedly tolerated. I thought you Coloradans just made Marijuana legal? Well, “Chill the fuck out!”.