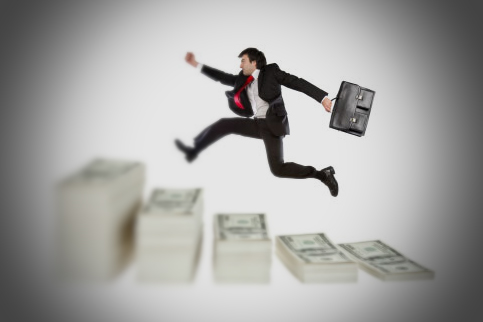 How come there is no consensus on the precise definition of capitalism? nor on how the term should be used as a historical category? Regardless, there is little controversy that private ownership of the means of production, creation of goods or services for profit in a market, and prices and wages are elements of capitalism. The designation is applied to a variety of historical cases, varying in time, geography, politics and culture. Lets take a closer look a some of the basics of capitalism.
Simply put…There are many variants of capitalism in existence. All these forms of capitalism are based on production for profit, at least a moderate degree of market allocation and capital accumulation. The most fair and reasonable form of capitalism is called…Free market capitalism:Free market capitalism consists of a free-price system where supply and demand are allowed to reach their point of equilibrium without interventions from the government. Productive enterprises are privately owned, and the role of the state is limited to protecting property rights.Ask yourself… Is this the system we use today? Now, lets look at some of the other variants of Capitalism.
Mercantilism:A nationalist form of early capitalism where national business interests are tied to state interests, and consequently, the state apparatus is utilized to advance national business interests abroad. Mercantilism holds that the wealth of a nation is increased through a positive balance of trade with other nations.Social market economy:A social market economy is a nominally free-market system where government intervention in price formation is kept to a minimum, but the state provides for moderate to extensive provision of social security, unemployment benefits and recognition of labor rights through national collective bargaining schemes. The social market is based on private ownership of businesses.State capitalism:State capitalism consists of state ownership of profit-seeking enterprises that operate in a capitalist manner in a market economy. Examples include corporatized government agencies or partial state ownership of shares in publicly listed firms. The term state capitalism has also been used to refer to an economy consisting of mainly private enterprises that are subjected to comprehensive national economic planning by the government, wherein the state intervenes in the economy to protect specific capitalist businesses (although this is usually referred to as state monopoly capitalism or corporate capitalism). Many socialists and anti-Stalinist leftists argue that the Soviet Union was state capitalist instead of socialist, since the state owned all the means of production, functioned as an enormous corporation, and exploited the working class.Corporate capitalism:Corporate capitalism is a free or mixed market characterized by the dominance of hierarchical, bureaucratic corporations, which are legally required to pursue profit. State monopoly capitalism refers to a form of corporate capitalism where the state is used to benefit, protect from competition and promote the interests of dominant or established corporations.Mixed economy:A largely market-based economy consisting of both public ownership and private ownership of the means of production. In practice, a mixed economy will be heavily slanted toward one extreme; most capitalist economies are defined as “mixed economies” to some degree and are characterized by the dominance of private ownership.

Lets back up a little shall we…

I must digress on a small topic for a moment.

The F.E.D (Federal Reserve System):The Federal Reserve System is a “PRIVATE” bank, and can make decisions without the permission of Congress or the President of the U.S. The System does not require public funding, and derives its authority and purpose from the Federal Reserve Act passed by Congress in 1913.If we use capitalism “PRIVATELY” owned and operated for profit. and the F.E.D is a “PRIVATELY” owned bank which prints our money at interest we can never afford to pay back. Then we must think that in a free and equal society were any man or woman can compete in this free market equally amongst their peers. That if one “PRIVATE” party is the one that controls all of the money, and the other “PRIVATE” parties do not control it. Then common sense will show you that this is not a free market, this is a rigged market, Not equal at all. I propose we start “thinking” a lot more. I personally feel that a large majority of the Occupy movement and Anonymous protests are being funneled down the “End Capitalism” road. “Take warning” I do not think this is not the correct target of focus, This is the hijacking and misleading of mass amounts of confused people. People who know something is wrong with what is going on around them, But they just might not know what it is. Then again they were educated by the government, by our public education system. I will definitely be covering these issues in future reports. It is too easy to confuse an uneducated public. A good example is the placing of the word “federal” in the name of a privately owned bank. A lot of the public thinks this is a government agency. Goes to show how easy it is to fool people.Free market capitalism, is my choice, to be more precise it would actually be “Anarcho capitalism“. That is what I feel works with my mentality. What do you think would work best for you? Socialism? Communism? Fascism? Whats your solution? If I had to choose an alternative, I would have to say lets adopt “Realism” and “Minimalism” otherwise… Lets get back to some good old “Free market capitalism” make some money, get back to work, privacy and prosperity. It is crucial for people not to throw capitalism into one category, if anything just pick up a dictionary, you might learn a lot. The powers that be are pushing for the confusion and end of capitalism so they can further the 21st century globalist agenda. Remember the word “Privacy” because the only thing private that will exist… will be the lies and manipulation that brought us here in the first place.End the FED, not capitalism! When someone around you says something along the lines of… “End capitalism” Kindly ask them… what kind? Woodrow Wilson after creating the Federal Reserve said…“I am a most unhappy man. I have unwittingly ruined my country. A great industrial nation is controlled by its system of credit. Our system of credit is concentrated. The growth of the nation, therefore, and all our activities are in the hands of a few men. We have come to be one of the worst ruled, one of the most completely controlled and dominated governments in the civilized world. No longer a government by free opinion, no longer a government by conviction and the vote of the majority, but a government by the opinion and duress of a small group of dominant men.”~ Woodrow Wilson.