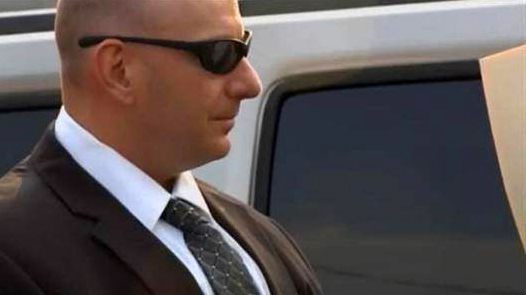 Chief Mark Kessler, Readys for Waco like attack on his home.

Recently dismissed Police Chief of Gilberton, Pennsylvania Mark Kessler, is currently prepping a perimeter inside his home literally as this is being composed. In case you are not familiar with Chief Kessler’s other endeavors? Kessler is the CEO & Founder of B.O.G III%, also CEO & the Founder of Constitutional Security Force. So what could the ex-chief be readying for next? Kessler states he was recently informed via his contacts within the Law Enforcement community that a “Waco, Texas” like attack could be pending on his home and family.

While Kessler was Chief of Police in the small burough in Schuylkill County with a population of a little more 850 people. Kessler stated during his employment that…

Chief Kessler was sent a termination notice after making rants and firing weapons on his video’s. Kessler’s YouTube Channel will give you a better idea of the Ex-Chiefs style of video making. Kessler recently commented “I’ll make whatever kind of videos I damn well feel like making”. The borough council of Gilberton voted 6 to 1 to fire him back in Sept of 2013. Since then Kessler has gotten involved in radio and speaking while exploring his options for his employment.

Kessler’s statement about this threat.

Kessler followed up on his statement with…

Author’s note:  Firemen are being fired over Bundy ranch attendance. FBI is investigating all attendees and family members. Are they trying to make an example out of Mr Kessler also? Time will tell, but considering his recent posts it would not surprise me if they “try”. The following was posted via his Facebook page on April 27th 2014.

For you who think our government, federal, state , local law enforcement would not fire upon American citizens during any kind of peaceful uprising or other , I’m hear to tell you, they will! Approx 85-90% of united state law enforcement at any level of government will fire upon American citizens if ordered or if felt threatened! Just because it’s 2014 that will not make a damn difference! It has been done before! In recent years we had ruby ridge, Waco, in past years we had Kent state, Washington dc, even Colorado where Colorado national guards men fought striking miners with machine guns, for millionaires who owned mines! Killing 11 children and two mothers, if you think it wont happen again , please let us know what you want written on your tomb stone ! There is a fight coming, we need to know today, right now which side will you be on ? What will you do when the match is struck that turns in a giant flame for freedom? I suggest those of you who will defend this great land buy as much ammo as possible for what ever you got! Because the next American revolution will be fought during our generation! New men will stand and say this is my country the country I will fight and die for so that generations from now can live free! We truly don’t have much time!

I’m not no pretend t shirt wearing patriot, I wear fatigues, body armor, carry serious fire power and train weekly! for you that know me, you know I’m the real deal! And I will not hesitate to come to the aid of my brothers , and even give my life doing so, for someday years from now I will be remembered as just one of many that stood against a tyrannical ever over reaching system that beats down the very people that elected corrupt politicians to abide by the constitution! Well THEY ALL FAILED!