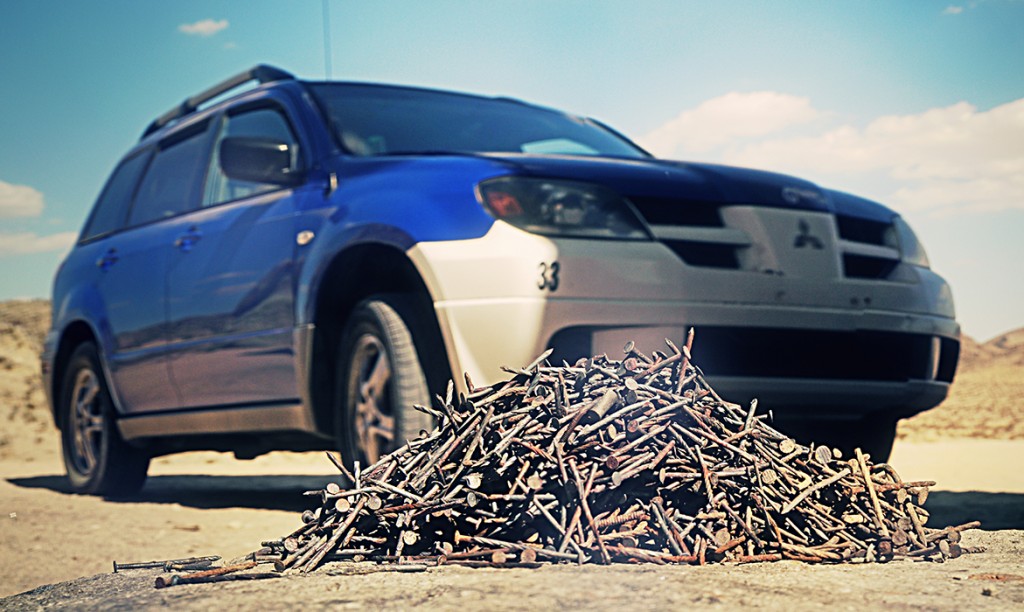 (Location Giant Rock, Landers, CA) No matter what grabs your attention about this place, there is a little history for just about everybody’s interest. Will it be the ancient Sacred Native American aspects of this lost attraction? The century long Paranormal/UFO history that binds this spot into the mysteries around it? The suspected Nazi spy who lived under the rock in a 400 sq. foot excavated room? Or will you settle for it being the largest free standing boulder in the world, standing seven stories high? In order to begin understanding Giant Rock we must dive in to the past.

In the late 1800’s a man by the name of Charlie Reche homesteaded land around Giant Rock, In those days most of the locals where still all Native Americans. To the natives the rock was “holy ground”, the north and south tribes called the Rock “the great spirit”. The land was so sacred only Chiefs and Shaman were aloud to grace its radius. The meetings are said to have lasted up to 3 days. The tribesmen from the north and south tribes would have to stay back a mile or so from the site during the proceedings.

According to George Van Tassel, – “A son of an Indian Chief witnessed this father put a mark on the north side of the rock called “the Sign of the Scorpion.” He also stated wherever an Indian Chief put a sign, no other Indian was allowed to put other signs”. I suppose one can call this the first documented graffiti on the rock.

Prospector Frank Critzer  had a squatter’s right, and a mining claim on Giant Rock, He didn’t own the property, it was government land. Frank was getting by with what was there. under the Rock he could have a place to live without having to purchase materials.

The Giant Rock covers 5800 sq. feet of ground and is 7 stories high. The rooms dug out from beneath it amount to approximately 400 sq. feet

In 1942 Frank Critzer was accused of stealing dynamite and failing to register for the draft. Locals being suspicious of his German Last name assumed he had to be a German spy to live so far off the grid under the rock, He also had a radio and was suspected of communicating with the Nazi’s. According to George Van Tassel, Frank was Falsely accused of the dynamite theft.

A little history about Frank, Frank served in the German Navy as a mess boy on a German submarine in World War I. After the war he immigrated to the united states. He served in the Merchant Marine and became a citizen soon after. in August of 1942, Three Riverside County Sheriffs deputies traveled 84 miles from riverside to Landers, CA which is located in the county of San Bernardino, to question Frank via the rumors about him being a Nazi spy. Frank understanding his rights as a citizen knew the riverside deputies were out of their jurisdiction and had a confrontation with the officers.

A man accompanying the deputies named Bill Royal helped them navigate to the location. Giant Rock is located in a very rural area and one can find it hard to find, even by today’s standards. According to Bill, – “Frank, after a lot of arguing, said that if they were going to take him in anyway, that he needed to get his coat. When he went into his living quarters beneath Giant Rock to get his coat, he pulled the 2 x 4 bar, which he had across the door on the inside to hold it in place, and thus barricaded the door. The deputies immediately assumed Frank was defying them, so they lobbed a tear gas grenade in through the north side window. The unfortunate part of this whole incident was that the grenade landed underneath that table, thus setting off the caps and dynamite. The explosion killed Frank Critzer, blew the windows out, and injured the deputies”.

According to George Van Tassel. Newspapers ran the story that he was a German spy. He stated he had personally talked with the FBI; and discovered the stories were not true.

Frank was noted as a sharing kind of man who was rumored to make German pancakes for many passing travelers. The true circumstances about Frank Critzer’s death are still covered in conspiracy cloaked mystery.

After Frank had passed away. Franks long time friend George Van Tassel visited Giant rock during his family vacations. His wife and family would camp out at Giant Rock, George Van Tassel stated It was – “because we all loved this place”.

In 1945 George Van Tassel made application to the Bureau of Land Management to acquire the property, He also wanted to make an airport at the site. In 1947 the paper work approved him to move to Giant Rock. Into the 1950’s George Van Tassel organized weekly meditation sessions under the rock, which he claims led to UFO contact. These experiences led him to create the Integratron. George described his creation as, “The Integratron is a machine, a high-voltage electrostatic generator that would supply a broad range of frequencies to recharge the cell structure.” It is also note worthy that Howard Hughes donated funds to the Integratron construction. The structure is based on the design of Moses’ Tabernacle, and the writings of Nikola Tesla. Read more about the Integratron “here” or visit the website “here“.

Most of the proceeds funded the construction of the Integratron. In 1959, 11,000 people attended George’s convention.

The airport stayed in operation until December 1975 at which time George sold it to Phyllis and John Brady. In 1977 Jose Rodriguez acquired the land from the Brady’s. The land is now in the hands of the BLM, and honestly it could not be in worse shape.

George Van Tassel passed in 1978. George worked as an aeronautical engineer for Lockheed, Douglas Aircraft and as a test pilot for Howard Hughes at Hughes Aviation. He was known as “Van” to his friends. He appeared on Television shows in the 1950’s explaining some of his work. You can read more about George “here“. Soon after his death the Bureau of Land Management found it necessary to bulldoze the remaining structures.

All of which brings us to the present time. This land is owned with your tax dollars, in other words it is our land. Forgotten seems to fit the bill well today.

I arrived at the location of Giant Rock after reading and hearing about it throughout the years. My wife and I were headed back home from a Camping trip in Pioneer Town, CA. I was appalled by the utter destruction of a place saturated in interesting history and folklore. I have seen bad, but this was something else. A feeling beyond sight? Maybe. To be honest I feel drawn to this place as if it was calling for help. And from the looks of it… It is.

We drove up along side the rocks looking out the windows. Overcome with images of distasteful markings covering natures eye candy. From the view out our outlander, this place was trashed. To a wondering mind, one could suspect travelers, outsiders and locals using this spot as a dump, shooting range and party arena. With the essence of a teenage make-out spot, mixed with a few million gallons of alcohol consumption, this place needs help. Most modern users (abusers) of this land, likely do not even know what it is. Neglectful of the history, wonder and mystery that this almost forgotten landmark holds.

When we parked I found a shaded spot about 10 feet from the rock. When I got out of the car and put foot to dirt. All one could hear is the sound of crunching glass into the griddy sandy mess. Upon furthering my focus past the unnatural frequencies that I was hearing, my vision came to a halt at the sight of thousands of nails, literally within a 5 feet radius of our vehicle. My wife and I walked around the area only to stumble upon thousands and thousands more nails, screws. As far as he eye can see, for thousands of feet in every direction, nothing but the same thing over and over again.

I started picking up the nails and soon after that, my wife followed my effort. In the simplicity of our action 3 hours had passed without notice. I thought I could just keep doing this until its all gone. Mildly forgetting about the life I needed to tend to. Quickly zooming back to reality, I realized I could use some help. I thought if I can plan a three day camp-out cleanup and gather about 20 people together… this could get done right. Like my friend Jared Baker says “Make A Dent”. So that is exactly what I plan on doing. I will be there even if it just be my wife and I again. I know I alone can make a difference in those three days. But most of all I know you can too. UCM’s management has informed me that if we come together. UCM will supply dinner for the 3 day camp-out/cleanup for up to 20 people. Donations are also excepted to supply water and tools needed for clean up effort.

Harbor Freight carries “Magnetic Floor Sweeper’s” which could be a useful tool for this event. Other helpful tools, high pressure washers, Trash bins. With all the glass and metal collected we plan to fabricate a work of art to dedicate to the area of Giant rock. This artwork will be used to raise awareness about our vandalized landmarks.

The following is some video I took showing some of the vandalism on and around the rock.