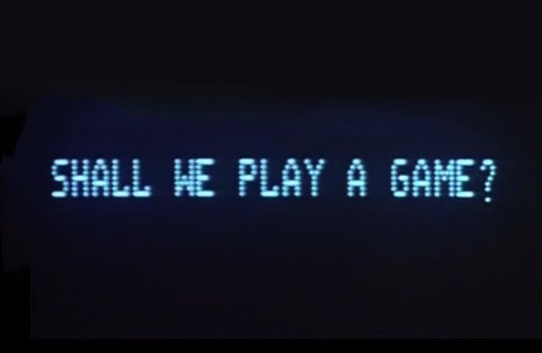 I keep a pretty close watch on the local news, especially since I work for one of the local newspapers. However, I do not remember having a say in whether or not war games were being played out just miles from my home. I found out one day while I was playing outside with my sons as a military helicopter flew above my house. It was extremely low and there was a man leaning out of the opening on the side, looking down on my quaint little neighborhood. I had seen a lot of these zooming around the area, so I decided that I was going to do a little research.

It turns out that Grissom Air Force Base was hosting an array of war games at their facility. This meant that my neighbors and I dealt with loud explosions, sounds of gunfire, obtuse amounts of disruptive air traffic, and a whole host of other issues including over-abundance of military presence in our area. In fact, my three year old son learned the words “helicopter” and “soldier” because of this event. This is, perhaps, the only good I see in this matter.

I know a lot of people are probably wondering what the big deal is about a local Air Force base staging war games. Indeed, this seems like just the kind of activity that is expected to take place here. However, there are a few things that have been overlooked; and thus, the American people’s patience and understanding has been taken for granted. My toddler also learned the words “gun” and “war games” from this event; and these are things any parent has a hard time dealing with.

What’s more than that is the fact that the gunshots heard startled several people, kept dogs barking all night long, and the other activities taking place on the Air Force base lit up the sky even after the sun went down. I’m relatively certain that the government has placed sound ordinance laws on its citizens, usually under the guise of some sort of social comfort consideration. However, it is interesting to note that we do not have or enforce anything of sort upon our government. I think that three years old is a little young to learn what rapid gunfire sounds like.

I suppose owning a home this close to the base is part of the risk I take for living here; and I suppose the best place to stage a war game is in an official government base. However, I do feel as though these games should be made public knowledge, especially considering they are being used to “protect our freedoms” and “spread democracy.” Indeed, the war games staged at the base near my home was focused on protecting soldiers during a conflict while a democratic election was taking place. You can read more from a local newspaper here.

Now all of this, besides what is stated in the local newspaper I cited, is my opinion; but, I do see a lot of problems with this whole situation. Not only is our government supposed to be resolving the (made up) issue in the Middle East, but we are also supposed to fighting against terrorism – a far cry from establishing our government upon their lands. I also find it ironic that our soldiers are practicing war games in an effort to bring the semblance of freedom to a region that has existed since the dawn of time without said “freedoms”. I feel like America is the new kid in class who stomps around and brags that he’s cooler than everyone, slamming their heads into lockers if they don’t adopt his taste for stone-wash jeans.

This all reminds me of a good quote I once heard that goes, “Fighting for peace is like fucking for virginity.” Though some might disagree with this we have to ask ourselves why we are spending so much money and energy bringing a broken system to another land. I mean, shouldn’t we be fixing what is broken at home? I find it especially maddening considering that the military industrial complex makes such a huge profit from killing our sons that we have been made to feel powerless against them. Keep in mind: a rule is only a rule if you allow it; and good people break bad laws.

Now, I have gotten off topic; as is the case when I start on the subject of our government. All of this sudden traffic of military personnel, combined with the fact that it caused so much disruption without so much as a heads up, really reminds me how far this country has come from the ideals of “For the People, By the People.” It all gets me thinking about the goings on in the government, and how the average citizen just sits idly by, waiting for directions or the color of the terrorist threat to change from yellow to orange.

This all makes me sad, and I can’t help but wonder if there is some sort of correlation between these sudden and unnecessary war games and the recent findings of the West Nile Virus in my county. There have also been reports of missing songbird populations, aside from the huge flocks that seem to come out of nowhere in odd places like people’s backyards, construction sites, and school yards. I will have to research it some more and get back with you; but my point is this: anytime there is a military event at Grissom Air Force Base, there is always something strange following shortly thereafter.

Taking a look at the local news surrounding this base will give you an idea of what I’m talking about. Check Howard and Miami county databases for more information; it would take me all day to describe all of the happenings there. These war games and West Nile Virus appearance is the most recent example I can give.

I conclude by reminding everyone that this has all been my opinion, but I do have plenty of knowledge on the topics I discussed. You can read my other article on government ploys here, and begin putting the pieces of the puzzle together yourself. I have lived here for 7 years and I have never seen this much military activity in the area. It is my opinion that something is going on in the area that The People do not know about; and if they did know about it, I’m relatively certain they would not like it. I close with this: We the People, Being the Only Legitimate Authority . . .

Think about what that means and then finish the sentence.