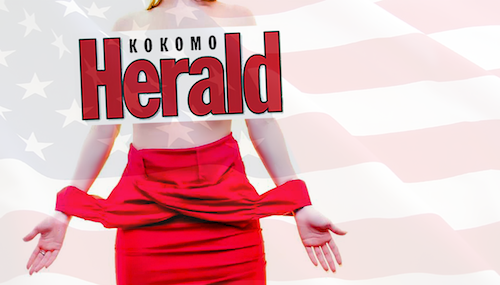 Gone are the days when our workers can have a personal life or an agenda outside that of their professional one. No, it seems as though because of things like Facebook, a professional can be sacked if their public (and private) posts are not conducive with the status quo of the business for which they work. This is apparently the case for freelance workers and writers as well, including me.

I’m a well-respected woman who is admired by numerous people. I advise folks from all walks of life on several matters, both mainstream and esoteric, with my quick wit and my ability to put things in such a way that really speaks to a person’s inner turmoil. I have the reputation of being somewhat sarcastic and controversial, yet empathetic and educated. This was all the case before I was became a writer; and it will continue to be the case even after things like this transpire:

How it all went Down

I recently got hired as a Features Reporter via an online search for writers done by editor of The Kokomo Herald, only to be less-than-professionally fired a month later for what I can only assume is because of my Facebook activity. It’s my mistake for adding my assumed “bosses” to my page, I suppose. Unfortunately, good writing and punctual service is not favored over less scrupulous writers who are neither willing nor able to push the proverbial envelope. In fact, the shoddy writing and careless undertaking of the other writers is precisely why I was told I was needed. I wonder if the other staff members know what is being said behind their backs.

The editor of the paper, Shannon Crouch, had asked me a few days after I had already started working to “clean up” my language on my personal Facebook page. A little taken aback, I agreed that I would curb how many times I dropped the F-bomb; but I made a point to mention that it was, in fact, my personal page and that I had several other projects going on simultaneously. Nothing more was said of it, but the daily conversation ceased between the editor and I, and my story load got shorter as each week passed.

Things I Should Mention

I suppose I should have paid more attention to the enormous Christian art displayed all over the walls of the office when I visited to meet the editor and her husband, Don Crouch, the Director of Sales and Marketing of the newspaper. He seemed to be very impressed by me, even making a point to message me several times before I showed up for our “meeting”, asking me if I would be interested in having some photos taken, telling me I was beautiful, asking me personal questions. In fact, he hit on me quite a bit via Facebook messaging; and he told me to erase the messages because his wife would kill him if she found out. I didn’t.

After I left the office on that day, he then sent me another message telling me how impressed he was with me. At this time, he told me that he was putting together a sales packet for a project we had discussed in his office, and he said that he would be in contact with me later about the details. I never heard another thing about it.

Also while I was there, his wife got a hold of me too. She had me call another local paper, The Kokomo Tribune, and pose as a customer asking about ad prices. I had to use an alternate email account of mine to receive and transmit the emails I got from the woman at the other office. I got a high five from the editor once I got off the phone; and I sat for a few moments to talk before making my leave.

Keep in mind the qualms which got me booted were not professional. I always got my assignments turned in within record time, often days before the paper went to print (and most of the time with only hours to complete the story). I didn’t complain when my payments were delayed by weeks. I never mentioned how imposing the beliefs of those in charge at the paper were upon my already established lifestyle. In fact, I praised them; and I even went so far as to send well wishes to them when their daughter was in the hospital – this required me to work longer hours to accommodate the editor’s picky and demeaning qualms with my writing.

I pressed on despite all this, always working with a smile and being proficient. The only releases I have are painting, writing and my Facebook page, which to this day is more or less my personal blog and fan page. Of course, with all of my other projects and my already established persona, I did not completely avoid using cuss words or speaking my opinion as is afforded to me by my Constitutional Bill of Rights. I did, however, take hours adjusting my privacy settings and even putting my colleagues on restriction. In addition, I turned my private alternative guest page into a free-for-all just so that I could continue to use Facebook as a means by which I decompress between assignments. I still have not heard a single word about why things have changed; and so, I am left with my own good sense to figure it out. How professional!

Eventually, the times between responses about stories became longer. Soon enough, the stories I was given were even worse than the ones I had received in the beginning. Let me backtrack and let you all know that this newspaper was a “positive news only” publication. Now, as awesome as that may sound, it really wasn’t; especially when you consider the fact that this so-called “news” paper had me reporting on things like anti-pro-choice establishments, Christian fundamentalist groups, and even some far-off historical society that got a grant for a train station restoration – in a city 20 miles away from where the paper is printed. It was crack reporting, I tell ya; real respectable shit. It definitely called for me to have a squeaky clean persona.

The Seed of my Confusion

I was told on my first visit to the office that the newspaper was trying to find a new voice, to appeal to a younger audience of a mostly modern female persuasion. However, my modern personality and well-read yet controversial persona was apparently not what the newspaper was looking for when they hired me. Funny, those qualities were never apparent in my interviews or articles. In fact, one of the people I conducted an interview on made a special trip to the office to gather papers for distribution because he was so pleased by my work. I still got the boot though. What a bunch of prudes!

Keep in mind that I haven’t even been officially fired. I just haven’t been paid for $350 worth of work, I have received no new assignments, and the editor, Shannon, removed me from her Facebook friends list after being the one to add me in the first place. Of course, the old pervert husband of hers didn’t. I had to do that once I caught on to what was happening.

I suppose the days are gone when a gal can be herself, even in the land of the free, around Christians sworn not to judge, within her own community, and as a freelance writer. I felt like now was the time to report this as news, when the world is changing and we are all having our rights stripped from us by Big Brother. It’s news to me.

And yeah, I’ll stop dropping the word “fuck” just as soon as they get a fucking clue.

Editors note: ***Update*** – Here come the threats. It seems as if the Kokomo Herold’s attack on Tiffany Grandstaff will go a bit further… Considering the Managing editor “Shannon Crouch” has found her true voice. This morning our reporter Tiffany Grandstaff received an email stating “BE VERY CAREFUL TIFFANY“… Help us get this story out by sharing it. This is exactly why we started UCM… So reporters/citizens like you can use their voices without being censored. As far as the locals from Kokomo, its nice “The Voice of Your Community” is so transparent.