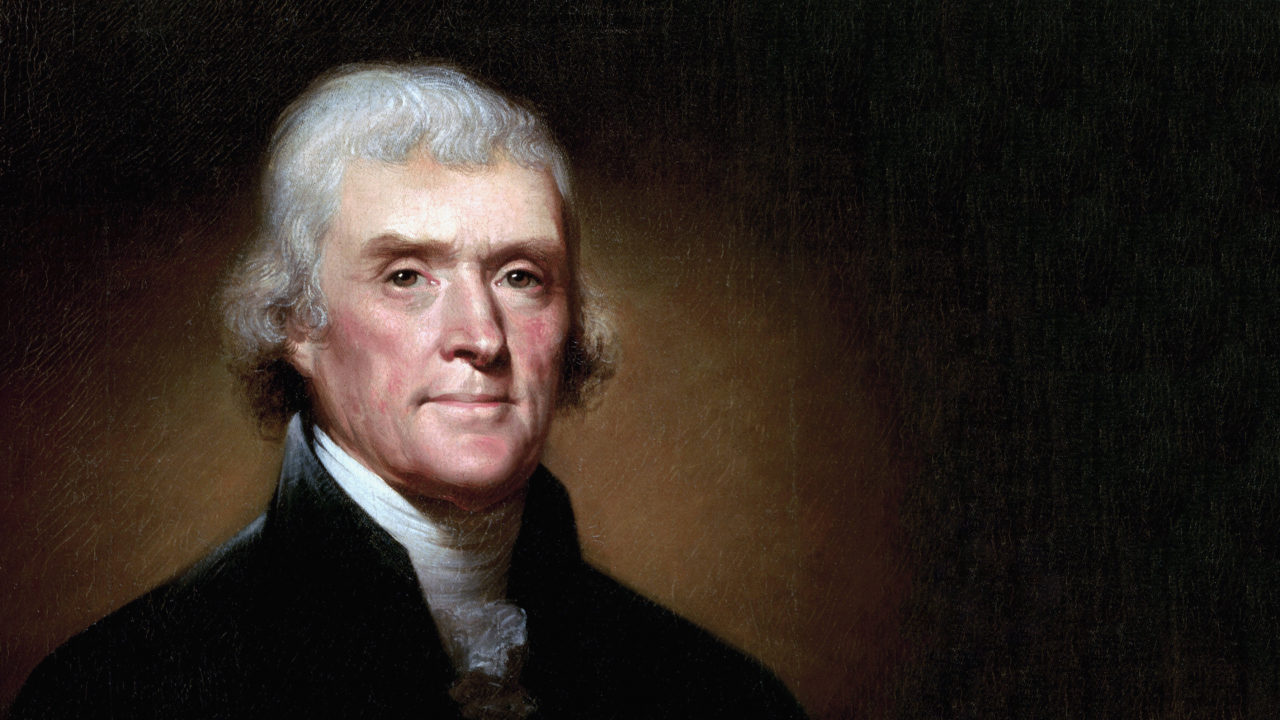 I recently discovered a term that outlines the way I feel about politics. I am a Jeffersonian.The wikipedia definition of Jeffersonian is:

Jeffersonians, so named after Thomas Jefferson, support a federal government with greatly constrained powers, and are strong advocates and followers of a strict interpretation of the U.S. Constitution. Jefferson himself followed and exhibited these principles. Jeffersonian philosophy also called for state and local governments to safeguard the rights and property of citizens. Jeffersonians recognized both private and common property. During his early public career, Jefferson hoped that each State and County would be smaller examples of the national American Republic. He believed that republican governments established and governing at these levels would best keep the federal government in check.

The Jeffersonian philosophy held that all men had the right to be informed, and thus, to have a say in the government. The protection and expansion of human liberty was one of the chief goals of the Jeffersonians. They also reformed their respective state systems of education. They believed that their citizens had the right and should be educated no matter their circumstance or status in life.

Internationally, Thomas Jefferson and the Jeffersonians believed that America was “the world’s best hope.” They believed that the United States would be an example to the rest of the world in establishing their own sovereign constitutional republics. When the French Revolution broke out, American supporters and allies of France had hopes that the monarchy would fall and the people would form a government of themselves. Domestically, original Jeffersonian thought also had agrarian elements, and believed that the farmer should be the backbone of any nation, supplying it with a strong work ethic and virtue.

Who would have thought I exhibited these very old traits political leanings? I am also a proponent of Jeffersonian Economics:

Jeffersonians agrarians held that the economy of the United States should rely more on agriculture for strategic commodities, than on industry. Jefferson specifically believed “Those who labor in the earth… are the chosen people of God, if ever he had a chosen people.”

However, Jeffersonian ideals are not opposed to all manufacturing. The belief was that unlimited expansion of commerce and industry would lead to the growth of a class of wage laborers that relied on others for income and sustenance, as happened during the Industrial Revolution and Gilded Age. Such a situation, they feared, would leave the American people vulnerable to political subjugation and economic manipulation.

Whoa, wait a minute here…hmm, let’s see…America shifted from an agrarian society, that is a society that had farming as a major source of revenue. For the United States this would have been, lets see, around the 1930’s. Franklin D. Roosevelt was President (Screaming Socialist). Under Roosevelt, the Agricultural Adjustment Act (AAA) (Pub.L. 73-10, enactedMay 12, 1933) passed, which restricted agricultural production in the New Deal era by paying farmers to reduce crop area. Its proposed purpose was to reduce crop surplus so as to effectively raise the value of crops, thereby giving farmers relative stability again. The farmers were paid subsidies by the federal government for letting a portion of their fields lay fallow. The Act created a new agency, the Agricultural Adjustment Administration, to oversee the distribution of the subsidies. It is considered the first modern U.S. farm bill. In 1941 we (America) began participating in the largest War the world had ever seen. Roosevelt led the United States as it became the ‘Arsenal of Democracy‘. Roosevelt, working closely with his aide Harry Hopkins, made the United States the principal arms supplier and financier of the Allies. The United States had a vast expansion of industry, the achievement of full employment, and new opportunities opened for African Americans and women. This caused the middle class to explode, we had a baby boom and voila, the stage is set for the Obamanation. Actually, I am not against our industrialized nation. I am, after all, a Jeffersonian, not a Luddite. We do, however, need to refocus our national interest back to the farm, build our national wealth again as farmers. We could feasibly recoup some of our national debt by supplying the exploding world populations with foodstuffs like wheat, rice, soybeans, feed corn, etc. Focus back on the skills that just a few generations ago were essential for survival. Americans, in general, have stepped too far from the farm.

If society broke down tomorrow, could you farm your own food? Seriously, could you plant, harvest, process and preserve your own foods? Could you hunt for meat if you needed to? Robert A Heinlein said:

“A human being should be able to change a diaper, plan an invasion, butcher a hog, conn a ship, design a building, write a sonnet, balance accounts, build a wall, set a bone, comfort the dying, take orders, give orders, cooperate, act alone, solve equations, analyze a new problem, pitch manure, program a computer, cook a tasty meal, fight efficiently, die gallantly. Specialization is for insects.”

He also said the following:

“No statement should be believed because it is made by an authority” and “An armed society is a polite society. Manners are good when one may have to back up his acts with his life. “

These two are true. Stop specializing. Stop hiding in your air-conditioned house, being a drone. Be adventuresome, learn a skill, go camping, I mean really camping, not at a campsite with the amenities, but in the real wilderness miles from anything remotely man-made. Get out and plant a garden, learn to can food, learn to dry and smoke meats, learn how to fish. Teach yourself to make candles from scratch. Learn how to make soap. Read up on survival techniques. Take a class on first aid and CPR. Buy a gun and learn how to use it properly. Learn to hunt, dress, butcher, and if at all possible preserve your kill.

Oh, and yes, I know how to do 99% of those things. I am also pretty decent at making chain mail, I can use a bow and arrow effectively, and I can handle a sword with a modicum of skill. If I had to move to the country tomorrow and take up farming, I am fairly confident my family would not starve. Can you make the same claim?