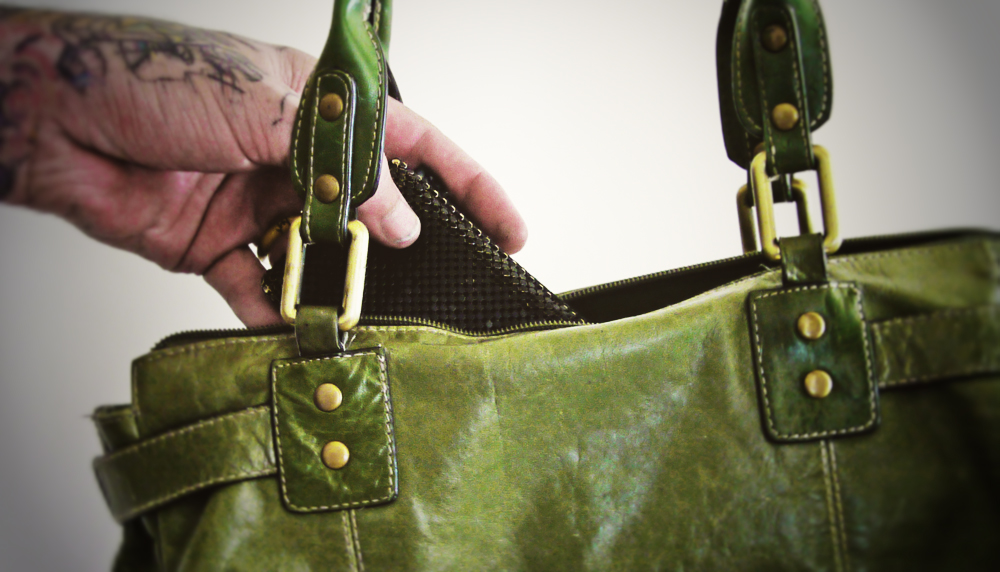 Metal Up Your… Wait Justice For All, No, Kill Em All!

If someone or some company is paid to do a job and they come up with reasons as to why they won’t do it, is this the same as theft?  This is the case with the Victorville Sheriff’s Department in California.  When a law abiding, tax paying, and voting citizen had her wallet snatched, even with a clear face photo capture and vehicle license plate number, the VV Sheriff’s Department claim there is nothing they could do about it.

The victim, who is my dear wife, was at the Victorville Walmart picking up a prescription.  She was standing at the pharmacy counter with her wallet laid out in front of her dealing with the insurance cards when a hand reached from behind and grabbed it.

As the riff-raff ran out the door, my wife gave chase into the parking lot, screaming and yelling.  He was quick and while running, managed to remove the seventy dollars and drop the wallet as he made his get away.

At the same time, the thieves female accomplice driving the get away car (which witnesses state it was a black SUV), backed into another parked car and tore out towards the running thief.  She picked him up and hastily escaped the scene.  My wife had stopped her chase when she found her discarded wallet, but two other patrons had joined in the chase but to no avail.  The two were able to get out onto the road and disappear.  I arrived at the scene after a frantic phone call from her.

So along with the stolen wallet, the vehicle was involved in a hit-and-run accident as well.  Both the inside cameras and parking lot cameras got clear pictures of the evil doers.  But according to Wal-Mart policy, since it was considered private property and petty theft, they would not press charges or seek justice.

When the Sheriff’s Department ran the vehicle license plate, it came back as a black SUV owned by a man from Corona, CA.  So there conclusion was that the plate number was “probably off by a number” and couldn’t have been the same vehicle.  What exactly are the chances that a black SUV with that similar of a plate happened to commit this crime, I wouldn’t know.  I’m not even sure I could properly do the math, but it has to be a heinously small number.

The Deputy then asked “What do you want us to do about it?”  He actually asked us that question, he actually had the nerve to demand why we wanted him to do his job.  He stated that since it was in Corona’s jurisdiction and the driver description didn’t match the owner of the vehicle they couldn’t pursue justice.  Just to make this clear, he was in no way disrespectful towards us in any way and showed sympathy to my grieving wife.

I still don’t understand why the sheriff’s department couldn’t do their jobs.  Why they couldn’t call the Corona Police department to at least drive by the address to see if the vehicle was there.  Corona is about an hour drive from Victorville, so if the vehicle was there within a timely manner then it’s not the same vehicle.  But if they couldn’t get there right away, then they could have checked to see if it was involved in the parking lot accident with evidence of the hit and run.

The law enforcement doesn’t care about enforcing the law, they aren’t doing their jobs that they are receiving a paycheck for, and then they wonder why nobody has respect for them.  There is no such thing as lost man hours or costly investigations in this case since they are already getting paid to be on duty, getting paid by our tax dollars.  For the thieves to so blatantly and brazenly run there “hustle”  in this manor, I would assume this isn’t the only crime being perpetrated by them.  So if the Police really wanted to stop crime, then this case which was practically handed to them with all the work done, would have been a priority, or at least something they could have sent a rookie to do.