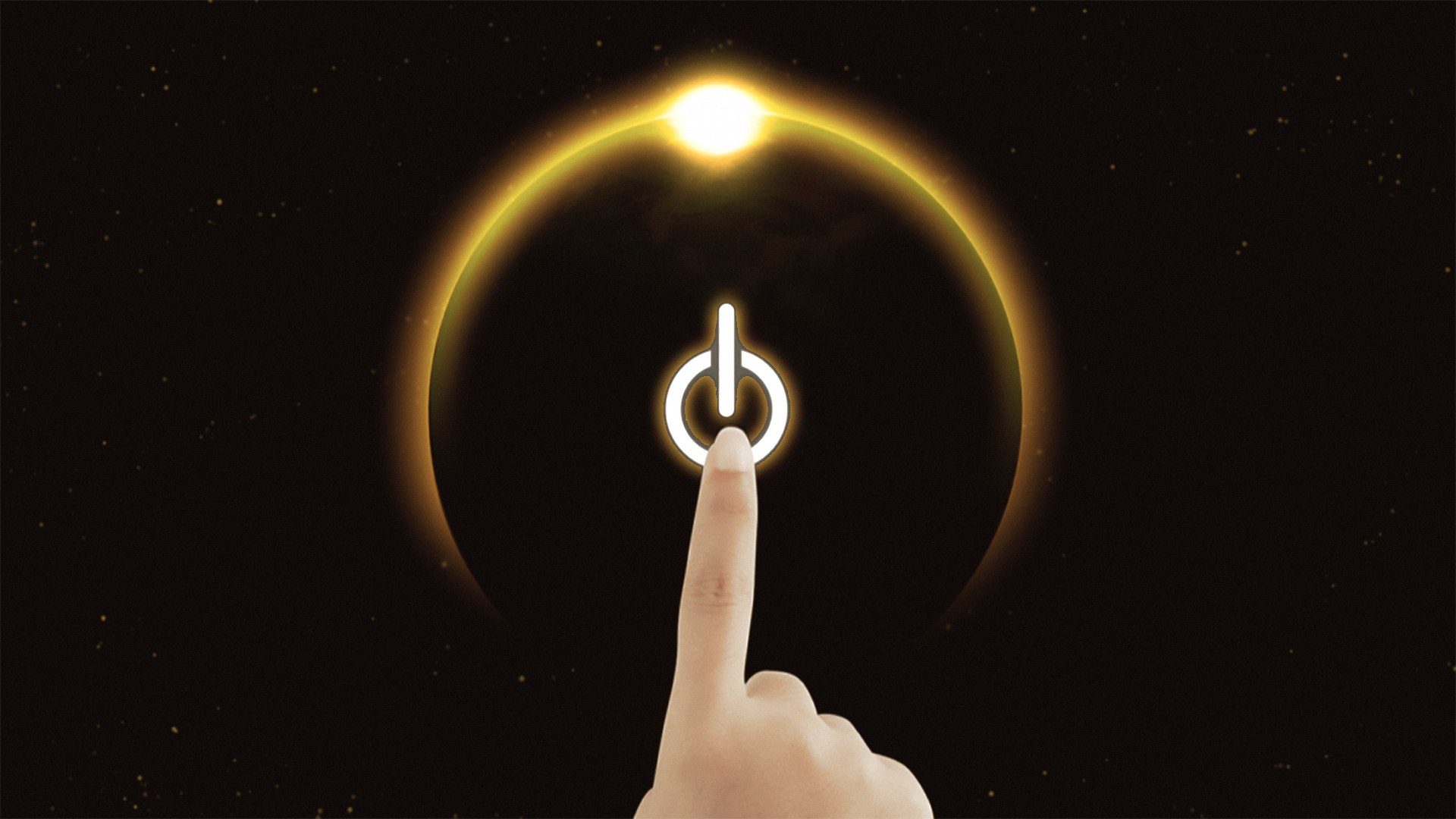 The Great Reset: Where Do We Go From Here?

Narrated and Authored by Derrick Broze. Video Edited and compiled by Neil Radimaker

As the world of 2020 faces a global pandemic, many powerful nations are also faced with economic turmoil as a result of locking society down. At the same time, nations around the world are using COVID-19 as an opportunity to grab more surveillance and police state powers, institute mask and vaccine mandates, accelerate the push towards a completely digital world, enact more corporate bailouts, and generally, extreme control and involvement in citizens lives.

The sheer magnitude of the COVID-19 response is unparalleled, with the most recent similar event being the attacks of September 11, 2001. As with the 9/11 attacks, the predator class is using COVID-19 as the excuse to push plans and agendas which predate the spread of the novel coronavirus.

The path we are being led down is known as “The Great Reset” and was announced in early June by the World Economic Forum. The launch of The Great Reset was supported by Klaus Schwab, the founder and executive chairman of the World Economic Forum; England’s Prince Charles; Antonio Guterres, Secretary-General of the UN; and Kristalina Georgieva of the International Monetary Fund. The launch of The Great Reset was also supported by the CEOs of BP, Mastercard, and the president of Microsoft.

Klaus Schwab is not only the founder of the WEF, he is a former attendee and member of the Steering Committee for the secretive Bilderberg Group. The so-called Bilderberg Group has been meeting in secret since the 1950’s until recent years when the prying eyes of journalists eventually forced the group into the public.

The WEF itself is akin to a more public Bilderberg Group which brings together around 3,000 business leaders, international political leaders, economists, celebrities, and journalists for a five day conference to discuss global issues. The WEF meets every January in Davos, Switzerland, to discuss their agenda. The elitism of the WEF has resulted in Schwab and his cohorts being nicknamed The Davos Class.

In a recent opinion piece published in The Globe and Mail, Klaus Schwab provided more details on the goals of The Great Reset and overcoming several crises facing humanity, including rising government debt, unemployment, and increasing social unrest.

“We must build entirely new foundations for our economic and social systems,” Schwab writes.

He details the 3 main components of TGR agenda, specifically fairer market outcomes, investments in “equality and sustainability,” and harnessing the innovations of the Fourth Industrial Revolution. The 4IR is another pet project of Schwab which was first announced in December 2015. To put it simply, the 4IR is the digital panopticon of the future, where digital surveillance is omnipresent and humanity uses digital technology to alter and, hopefully, improve our lives. Sometimes known as “The Internet of Things,” this world will be powered by 5G and 6G technology.

Of course, for Schwab and other globalists, the 4IR also lends itself towards more central planning and top-down control. The goal is a track and trace society where all transactions are logged, every person has a digital ID that can be tracked, and social malcontents are locked out of society via social credit scores.

In fact, much of this call for a Great Reset is already playing out. For example, Mastercard and the Bill and Melinda Gates Foundation-funded GAVI recently announced a partnership with AI-powered “identity authentication” company, Trust Stamp. As MintPress News reported, “The program, which was first launched in late 2018, will see Trust Stamp’s digital identity platform integrated into the GAVI-Mastercard “Wellness Pass,” a digital vaccination record and identity system that is also linked to Mastercard’s click-to-play system that powered by its AI and machine learning technology called NuData.”

In early July, Schwab released a book outlining the vision of The Great Reset. The book, Covid-19: The Great Reset, explores what the post-pandemic world might look like. Schwab believes COVID-19 triggered “momentous changes and magnified the fault lines that already beset our economies and societies.” He also predicted that falling oil prices and a freeze in tourism could lead to a wave of massive anti-government demonstrations.

“One path will take us to a better world: more inclusive, more equitable and more respectful of Mother Nature. The other will take us to a world that resembles the one we just left behind – but worse and constantly dogged by nasty surprises,” Schwab writes.

Schwab also calls for a nature based or green economy. In July 2020 the WEF released a report titled The Future of Nature and Business, which states that COVID-19 presents an “opportunity, to change the way we eat, live, grow, build and power our lives to achieve a carbon-neutral, ‘nature-positive’ economy and halt biodiversity loss by 2030. Business as usual is no longer an option.“

In a companion report, the WEF provides some detail on what it means to change the way we eat. The report discusses stimulating “more resource-efficient food systems” by supporting the shift away from diets based on animal proteins, towards 4 alternatives – aquatic, plant-based, insect-based and laboratory-cultured. This push for alternatives to animal proteins has coincided with a rise in the laboratory created fake meat, including products funded by the Bill and Melinda Gates Foundation.

The calls for a Great Reset greatly mimics previous programs and initiatives put forward by other globalist organizations, including the United Nations. The WEF call for a Great Reset appears to be an effort to advance the Agenda 2030 “sustainable” model promoted by the UN, and a global “Green New Deal”. These agendas are essentially veiled attempts at installing a global government to centrally manage all of society in the name of sustainable development.

Thus it should be no surprise that In March 2020 the WEF launched the COVID Action Platform which is essentially a call for global government in response to COVID-19. The answer, WEF believes, is to have greater global cooperation, move away from the nation-state, and tackle the world’s problems as one international community.

Along with the launch of the Action Platform, the WEF released an impressive graphic as part of their “Strategic Intelligence” platform, which outlines the wide ranging ways their plans will effect and shape the world of the 21st century and beyond.

The WEF promotes itself as the “International Organization for Public-Private Cooperation.” They partner with a variety of private companies, philanthropic outlets, and governments to achieve their goals. The WEF’s highest level of partnership is known as Strategic Partners. There are only 100 international companies listed as Strategic Partners. Each partner receives an invitation if they have “alignment with forum values.”

The WEF’s Strategic Partners include Johnson & Johnson, and the Bill and Melinda Gates Foundation. Bill Gates is also a long time “Agenda Contributor” for the WEF. Coincidentally, on October 18, 2019, the Bill and Melinda Gates Foundation partnered with the Johns Hopkins Center for Health Security and the WEF on a high-level pandemic exercise known as Event 201. Event 201 simulated how the world would respond to a coronavirus pandemic which swept around the planet. The simulation imagined 65 million people dying, mass lock downs, quarantines, censorship of alternative viewpoints under the guise of fighting “disinformation,” and even floated the idea of arresting people who question the pandemic narrative.

It’s important that we keep an eye on the WEF and their push for the Great Reset as we draw closer to election 2020 and a potential Dark Winter. Klaus Schwab, Bill Gates, and their ilk are determined to present themselves as the saviors of humanity. They are using the COVID-19 panic as an opportunity to push their agenda while selling it as the cure to our problems.

This predator class attempts to mask their true intentions with flowery language designed to lull the waking masses back to sleep. To be clear, our world is absolutely, without a doubt existing in an unsustainable paradigm. We do have growing income inequality, police violence, failing healthcare systems, and insufficient food production systems. These problems were apparent before COVID-19 and the fragility of these systems has indeed become more obvious in recent months. However, these psychopaths would prefer if we allowed them to stay in the driver’s seat as they careen us into a future of technocratic control and the end of individual liberty.

While Schwab and Gates would prefer that the people of the world submit to their vision, we must stand against this push for centralization of power and technology. The Great Reset is coming, and perhaps, it should come. We have many issues facing our species that need to be addressed. However, central planning, surveillance, and loss of individual liberty is not the answer. The answer is decentralization, opting out en masse, non-compliance, and non-participation in the systems which have brought us to this predicament.

We, as free people, must decide what path we intend to take. Will we stand by and allow the predators to seize control of all resources and power for the coming generations? Or, will we finally break free from their violent systems and initiate a Great Reset which benefits the people, from bottom to top?