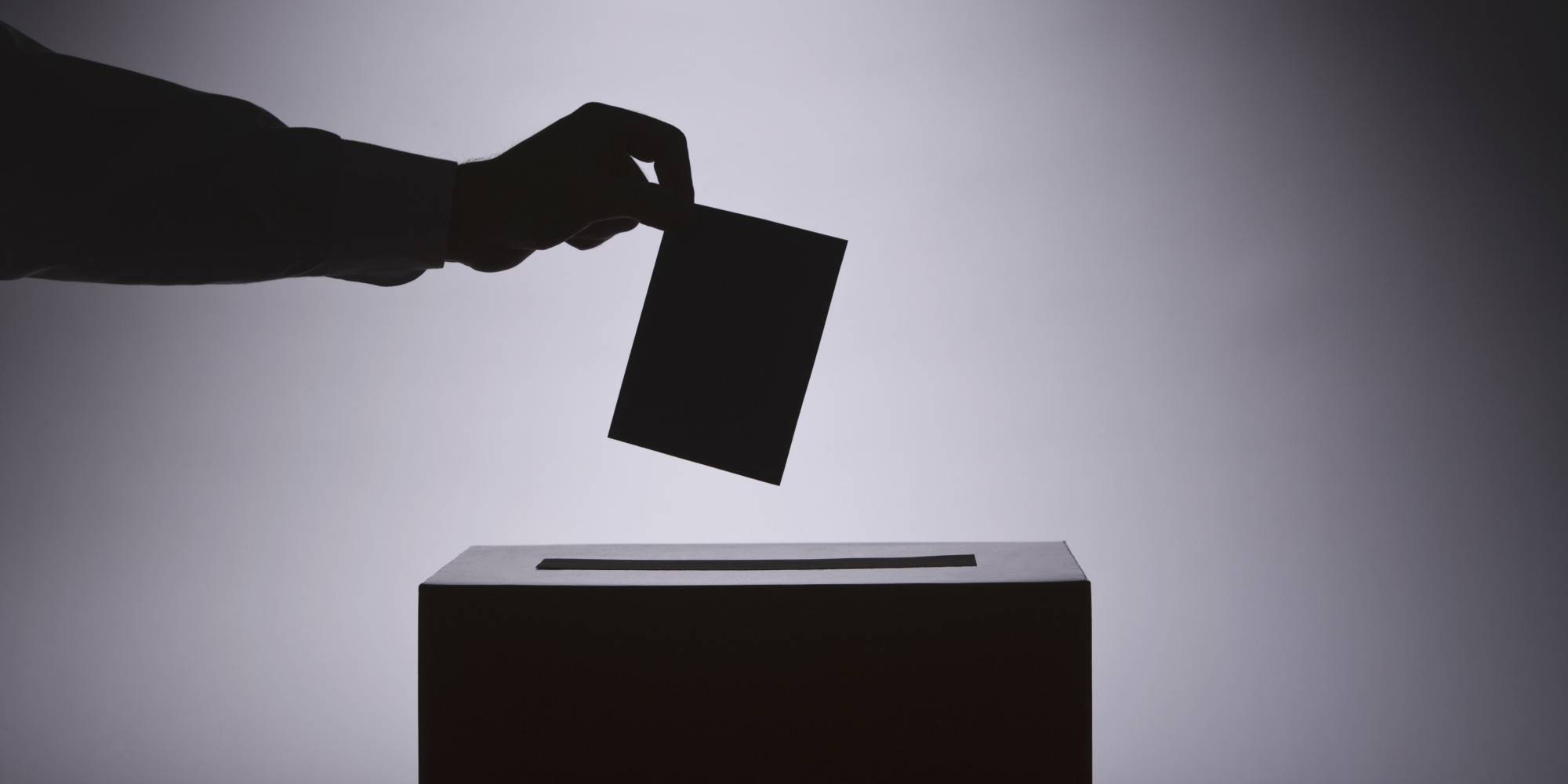 America is the only nation in Earth’s history that was founded on the premise that the People owned their government; and were to be represented by individuals drawn from amongst them.  These selfless public servants are charged with the task of carrying out the wishes of the People in matters of government—so long as those matters were within the constraints of our constitution, and in accord with the principles laid out in the Declaration of Independence.  This was the great promise of ‘America’.

Unfortunately, that’s not how things have turned out after 240 years.  The Olde Media outlets are now completely controlled by special interests and openly spread false propaganda to influence the populace.  They feed us outright lies, and most often have their own agendas, from which they seek to profit.

Frustrations run high, and our country has been run into the ground.  Today, we’re nothing special in World politics, or even domestically.  Our education system has been taken over by government know-nothings who try to indoctrinate our youth into accepting government as their ‘master’.

Many people have just ‘thrown up their hands’ (in surrender), and have decided to simply, ‘not participate’.  They do not want to ‘legitimize’ elections by being part of them.  These people know that the game is rigged, and they know that if they participate, they are essentially agreeing to accept the outcome—even if there are no candidates suitable to take office.

You can’t fault their thinking, or their integrity for not participating; when the ‘prize’ (electing a specific person to office) is usually the equivalent to what we as young kids would leave burning in a bag on a disliked neighbor’s porch.

While I appreciate the thought process behind their decision to not participate, and even knowing that the announced results seldom reflect the actual votes cast; I believe there’s another way.  Instead of withdrawing from the process, and having to endure the results of mass manipulation—I think we should all jump back into the game.  I also believe that if ‘we’ (you and I) do participate; but in a way that runs contrary to what has become the ‘norm’; that we (you and I) can scrape all of crap off of our own porch.

While non-voters have a valid point in refusing to participate in a rigged game—the sad fact is that even though they are expressing their wishes to not support any of the offerings; they are easily portrayed as ‘apathetic’ by the Olde Media, when in fact, the opposite is true.

I’m not a coward, I won’t run, and I won’t shirk my responsibility to the next generation by not participating in keeping our government constrained by the chains of the constitution.  I think everyone should register to vote, and they should register to vote as Independents.  Don’t even think about your having some influence in Republican-Democrat primaries because they simply don’t matter.  Your vote in a Primary election is absolutely meaningless; as we’ve seen recently where a real live socialist (the antithesis of all that is ‘American’) won the popular vote; but lost the delegate count; so, please, don’t even waste your time or thought on such silliness.

For at least the last 40 years, Americans have been conned into casting their vote for one character (usually perceived as the ‘lesser evil’) solely to block a worse character from ‘winning’.  This is the epitome of stupidity and irresponsibility because if the Republican-Democrat team (and, yes, they ARE a team—the owners of the R-D club don’t care at all which offering you choose.  They figure that it doesn’t matter which ‘horse’ wins—because they own ALL the horses in the race…at least those signed up in the R-D club) wins—YOU LOSE!

Our dreadful current circumstance has only come about because of fear.  The Olde Media wants you to be afraid…of ‘something’.  They want to scare you into wasting your vote—don’t do it anymore.  It’s that simple.

First, we need to understand the mechanics of ‘how the bad guys did what they’ve done’.  Probably the worst thing was the introduction of ‘straight-ticket’ voting.  It means simply that you will cast all of your votes for fellow club members with a single stroke of the pen.  This kind of mindless voting has destroyed what used to be a pretty special nation.

If you ask a Republican straight-ticket voter ‘why?’ they vote the way they do, they will usually say because those people in their club, share the same values; however, if you ask them if they know what a ‘R.I.N.O.’ (a term coined by my late friend, Aaron Russo to describe “Republicans In Name Only”) is, they will give you a list of the ‘bad’ Republicans, that they voted for by virtue of the straight-ticket option on their ballot.  The same is true of Democrats (and their D.I.N.O.s).

How do they justify their irresponsibility?  They don’t.  Just the same; Straight-ticket voters give the ‘bad’ candidates higher (albeit ‘falsely’) numbers, and the appearance of actual support.  But that support is mostly, not real.

You need to value your vote, and treat it as though ‘yours’ is the vote that will make all the difference.  When you thoughtlessly just cast a vote on the ‘hope’ that ‘this guy/gal’ will slow the demise of America, you are wasting your vote, and acting irresponsibly toward the next generation.

Here are some ‘rules’ to keep you from being an irresponsible voter:

Simple rules, right?  SO, what effect might we expect to come of such a tactic?  Well, the first thing you will notice is that those candidates who relied on straight-ticket voters, will have to face the realization that their actual support isn’t in the 40-50% range, it’s more likely in the 7-10% range.  That will humble even the cockiest of contestants, and force them to be responsive to the People; instead of to their own agendas.

For instance, the current occupant of the White House never had more than 10% of the support from the American People.  He rode in, with your help, on false promises, and a very vocal core; who all benefit from his having taken (stolen) office…just like his three predecessors.

The sad question of “Will my vote count?” has been replaced by the real question, “Will my vote be counted?”  Because of the overt fraud in the counting of the votes, you might say that ‘your’ vote will still not count…and in some sense, you’re probably right; but there’s another side to that coin.  The people who are fudging the vote counts WILL know how you voted, and it will weigh on them.

For instance, in the last presidential election; if you go to every State, and Puerto Rico and add up all the ballots cast in each State; and then subtract the number of votes said to be garnered by the Republican-Democrat contestants—you’ll find that somewhere around 15-23 Million voters did NOT go for the Republican-Democrat team members.  So, where’d those votes go?  Well, they call it an ‘under-vote’, but in fact the vast majority of those voters wrote in their choice because they couldn’t support any of those who made it to the ballot.  Dr. Ron Paul clearly garnered the vast majority of those ‘under votes’.  That makes the profiteers in Washington, D.C. VERY nervous.

So, imagine if only half of the voters voted “for” their candidates, instead of ‘against’ the other guy/gal; and made liberal use of their votes for N.O.T.A..  The whole World would be changed for the good, and the U.S. government would be brought to heel.  America could once again enjoy the benefits of a free Republic.

So, there is a way for you to enjoy your freedoms and liberties as an American, and to restore a once-great Republic, but it is up to you to follow through.

Are you “in”?  Can the next generation count on YOU to resist the temptation to vote for inferior candidates—even though they signed up in the same club as you?  Will you pledge to value your vote, and to refuse to cast it for a club?