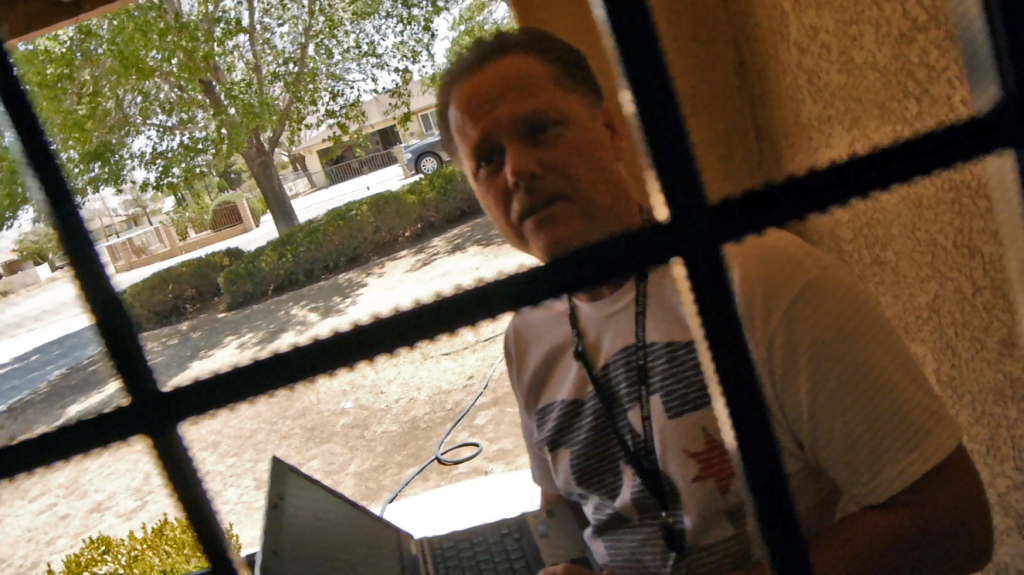 There is nothing private, sir.

On the 11th of June, 2014, UCM posted a video showing a Southern California resident having, what some might call, a “mildly heated verbal denial of cooperation,” after a second visit by a U.S. Department of Commerce Census interrogation agent.

A few weeks ago the resident featured in the video above, received his first visit from Agent Kelly Gregg of the U.S. Department of Commerce Census Bureau, based out of the Los Angeles Regional Office. According to the resident, Agent Gregg was told that “no questions would be answered” and “not to come back”. Much of the dialog was similar, but the resident says “it took on a much lighter tone” on the first visit.

Currently, there is no Constitutional provision that says any questions must be answered, in fact. Furthermore, a Census badge is not a delegation of enforcement authority, and he did not have a court order. He was in trespass after being asked to leave the first time. Statutes must derive from “Constitutional authority”. Unless anyone can show us a Constitutional provision that authorizes someone to make their way onto private property and threaten people to provide personal information, UCM will maintain the position that Agent Gregg was breaking the law and harassing the resident.

The most shocking thing about this interaction was what Agent Gregg boldly stated throughout this dialog:

Starting at time code 1:14, you can hear the resident ask Agent Gregg, “Are you aware of the Constitution?”

The resident replies “Cool, then you understand.”

Agent Gregg responds, “I understand what? Are you aware that this is a mandatory survey from the U.S. Department of Commerce?”

Agent Gregg’s disappointing rebuttal? “There is nothing private sir.”

The agent was making an inferior and unconstitutional legal reference regarding his “code” which has no constitutional authority Title 13, United States Code, Section 221.

UCM is aware that this resident is a supporter of NAP (The Non-Aggression Principle) and posed no harm to agent Gregg. As it turns out agent Gregg is no stranger to politics. He ran for (Republican) Park Board Candidate for the city of Hesperia, CA in 2010, as seen in this video here, Kelly won the park seat. His son Cody Gregg (An Afghanistan war veteran with the California National Guard, serving as a military police officer) also ran for the same public seat seen in this video here. In 2012 Cody Gregg was elected as the youngest board president of the Hesperia Unified School District (HUSD) in the city’s history. Let’s hope Cody has more constitutional sense than his father. Shall we hold anyone who took the oath to a lower standard?

“This statist parasite resorts to claiming “You’re being hostile towards me” when he is called out for not abiding by the ultimate law of the land. This exchange had my heart racing. Can’t believe that there are people out there that actually think they have authority over you and your property like this guy. – The organization “Police the Poilce” quoted.”

“The man in the video below understands the Orwellian nature of these questions and the fact that this guy is just standing in his doorway demanding he answer them. So he resists, peacefully refusing to answer any of them. The Commerce Agent is creepy indeed. Notice how robotic his questions and responses are, a living breathing government drone.” – Posted by “The Freethought Project“.

UCM recently received a letter via the resident, stating:

“After looking into Mr. Gregg I was utterly confused… In addition to this guy’s temporary Census job, he seems to be heavily active with the Hesperia, CA school system. Considering the current state of education in this country, it would be nice if those working with and within the Department of Education actually knew about the supreme “Law of the Land“. Is it too hard to see why our country is falling apart? Too many minions of ignorance seem to be lacking the basic knowledge of our founding ideals and philosophies. Yet, this guy writes a note about the constitution on his Facebook page (screen capture). In my research no one has been charged with a violation of U.S. Code: Title 13, since 1970. If I have to be the first one charged with this in 44 years, so be it. I am going to exercise my rights, even if I have to fight this in court. I find it sickening that this guy has the balls to like groups like “The Oath Keepers” and supports “the good ol’ folks at the Bundy Ranch”, considering Mr. Gregg is basically a traitor and oath-breaker -contradicting his own, so called, “ideals”. I am not shocked to reveal the fact that he is a local politician, out of Hesperia, CA. Mr. Gregg ran for Hesperia Recreation and Park District, as a “park board” candidate in 2010, as a Republican. For the record, I do not participate in the false left/right paradigm. I am a Libertarian committed to the Non-Aggression Principle and proud to be practicing my personal liberties, non-violently. Officially, I am involved in a movement called Voluntaryism.

The reason why I was so agitated, this time around, was that this was the second time he had awakened my wife from her sleep, continuously ringing the door bell and pounding on the door. My wife suffers from 4 horrible conditions: (1). Systemic lupus erythematosus. (2). Sjogren’s Syndrome. (3). Endometriosis – Stage III. (4). Factor V Leiden, a rare blood clotting disorder. She had been in pain for days and had just fallen asleep. You can hear my wife is disturbed after I closed the door on him, but he again began pounding on the security door. I did not raise my voice until after that. In all honesty, I never intended this video to be a tube video. I recorded only to document the interaction itself. After hearing his choice of dialog and statements, I decided to post it. I would have never thought a Census interaction would have been worth posting until meeting this individual representing the Federal Government. Who the hell he thinks he is? Nothing more than an agent of coercion.

Mr. Gregg, I mean you no physical harm in anyway, and I never showed and/or indicated, in any nature, that I would have done anything “hostile” as you declared. You clearly got that word mixed up with “upset and agitated”. I have a loud voice and I have every right to have it! You of all people, who most likely took an oath at one point in time, should know that! You baffle me with your contradictions. If you are reading this I have something to say to you… “Forget Me Not”, I hope this rings true to you, because like Brother George Washington says… “Truth will ultimately prevail where there is pains to bring it to light.”

The following are questions that the census bureau refused to answer (Production guru “Jerry Day” contacted the U.S. Department of Commerce and asked these following questions. This can be seen in his segment: “The Census Is Getting Personal“.

(1) The Constitution authorizes government to count people but it does not authorize the taking of private information or even the names of individuals. From where does the Census Bureau derive authority to demand our private information? No answer…

(2) Is there any limit to the amount and type of private information that the Census bureau may demand and collect? No answer…

(3) Under what Constitutional authority does the Census Bureau collect information now from 250,000 people per month of every year? No answer…

(4) The 4th Amendment to the Constitution prohibits government search and seizure of private information without a court warrant based on probable cause, Current Census policies violate that Amendment do they not? No answer…

5) By what Constitutional authority does the Census Bureau threaten penalties for failure to provide personal information? No answer…

(6) The Census Bureau claims it maintains privacy of personal information, Are there any circumstances under which law enforcement or spy agencies can access Census information? No answer…

(7) Since presumably Census data may be subpoenaed by law enforcement, may individuals refuse to answer questions according to the Fifth Amendment? No answer…

(8) Why has the Census Bureau decided to collect GPS coordinates for every home? No answer…

(9) Virtually every government database has been either lost, hacked or compromised, would the Census Bureau’s claim of data security not be an outright lie or at best highly improbable? No answer…

10) How would the Census Bureau locate, protect and compensate those individuals whose data becomes compromised? No answer…

It would seem that the U.S. Department of Commerce does not like answering questions. Goes to show the double standard of the bureaucrats in Washington D.C.

Update – And he returns…

Everyone has their right to an opinion. A lot of people have voiced comments advocating violence. UCM does not condone the use of violence against anyone who does not pose a direct threat of physical harm.