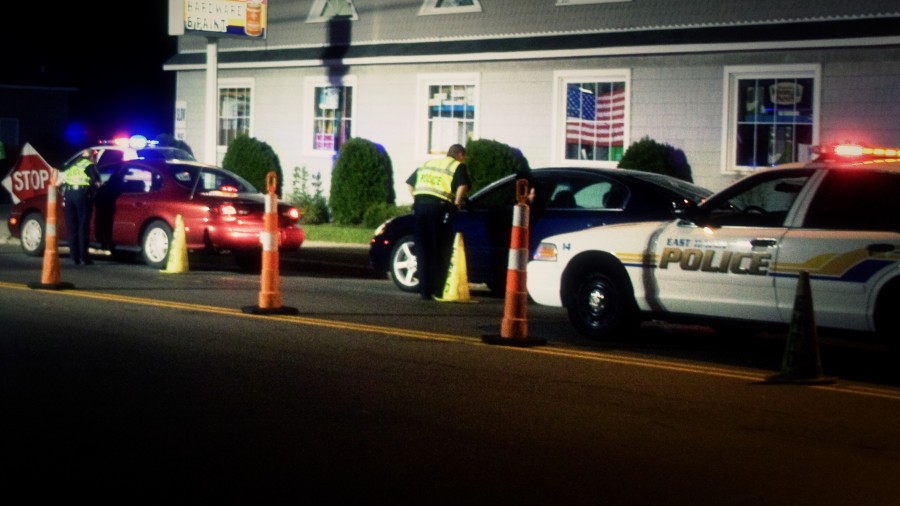 To obey, or not to obey

To obey, or not to obey, it’s up to you. I agree with common law and those laws outlined in the US constitution and Bill of Rights, but I recognize this as a voluntary action only. I think if one is to adhere to American statism they should adhere to its founding philosophy and need. Way too many people ignorantly set aside what it is all founded upon and why. Those highly held paper rights grant nothing! Do you disagree? To me, The US constitution and Bill of rights outline the rights given by nature to the individual. If you choose to assert them, they exist… How else would they exist and continue to move into the future without evoking them? Without your exercising of them, how could they be applied? Seems to me if you do not assert them they will not work, plain and simple.

Why would a law enforcement official have to ever ask for a Driver’s License at a DUI check point? Do they “assume” a driver does not have a license to produce, and to top it off, without having any knowledge of that beforehand? If so what would be the probable cause of such a suspicion, especially if you had committed no crime? If you look at me standing in front of you, can you tell if I have a drivers license? Exactly my point, you cant, any such thought would be an act of guessing. Example: A “DUI” checkpoint is not a, “Do you have an ID?” checkpoint… It is more like an interrogation, much like the Nazi checkpoints were in the 1930’s and 40’s. For lack of better words, I see them as a, “Who, what, where, when, why?” checkpoint. How comfortable would you be stopping at one titled that? Yet, would any of this be the case if more people asserted their rights at these checkpoints?

These abuses of your rights only happen because you participate in it. Think about it, am I wrong? Say, you support DUI checkpoints and comply to show them you’re not drunk. Why would you comply with anything else outside of what you agree with? Again… it is not a “Do you have an ID or proof of insurance?” checkpoint, it is a voluntary action that you submit to willingly, consciously or unconsciously. Officials have rules they must also abide by, in order to provide the illusion of legality to what they are doing. Mainly for more than one purpose.

Officials also have limits on what they can do without your consent. Anything you give is only given from your own free will. Why would you submit to giving any more information than is needed for the purpose of the interaction? You are contributing to making compliance routine. Therefore you are creating an environment that allows officials to suspect something is not right if one asserts his or her rights. Mindlessly, repeatedly, giving information not relevant to the point of the interaction is not helping freedom. This paves the way for incidents where drivers/pedestrians asserting their rights are often beaten, tazered and/or even killed for not giving absolute compliance to any and all questions or demands. Demands that, the majority of the time, are not lawful to begin with.

How strong is a John Doe’s oath?

I am coining a new term today:

“John Doe’s Oath” -A John Doe Oath taker is someone who takes an oath without fully adhering to it, while still pridefully claiming to uphold it. If you don’t stand by your oath, your oath might as well have been made anonymously and is unidentified, hence “John Doe”.

I find it oddly funny how the average person that takes “the oath” would swear to the words, “I would die for my country”, but simultaneously might embrace the concept of divorce. I wonder how many oath takers are divorced? If they track with the rest of the country, probably around half of them are. Yet, one of the only oaths/vows that mentions a “till death” in the actual wording is the one people take in marriage (at least those who take traditional vows). I think people assume they have to die for their country. If their wives are expendable, then I have to say so is their country, especially after stating and breaking the oath of “till death do us part”.

My main point is that your rights are not given to you by your country. Where do you take the belief of your rights when your country is gone? What are your rights? What rights will you choose to take with you in your heart, mind and soul? If the country fell apart tomorrow would you just say, “Fuck it. I don’t believe the philosophy of the oath I took anymore”? Would you be a lost person with no compass to guide your mind and actions? Here is a quote that will always be dear to me:

“I get hung up on the being free thing, not labels others use to describe me. Parties mean nothing, the philosophy that you adhere to means everything.” – Barry Hess

The constitution is nothing but a tangible piece of paper with keynotes to study and help us limit the ruling class, bound by their oaths of office. If we give it our time and attention, it will exist when we call upon it. Those rights are already yours though. They’re everyone’s -statist and non-statist alike. Ask not what you can do for yourself but what you can do for your rights and freedoms. Use them!

The only ID I carry is my passport. I found it fitting that it had this personal letter written on my behalf…

Unless you willingly give up your rights, this still applies to you:

“The right of the people to be secure in their persons, houses, papers, and effects, against unreasonable searches and seizures, shall not be violated, and no Warrants shall issue, but upon probable cause, supported by Oath or affirmation, and particularly describing the place to be searched, and the persons or things to be seized…”