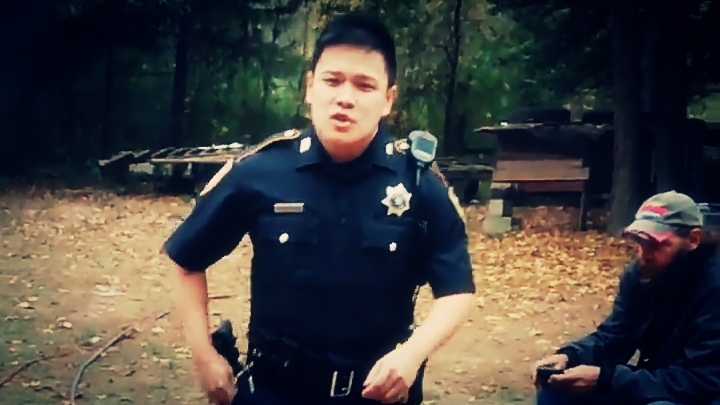 On 12/2/2014 in Houston, TX around 4pm, Harris County Sheriff’s Deputy Huang Nguyen illegally detained and arrested Tomball, TX resident Michael Gardner at this place of work. Gardner was transported to the Harris County Jail and later released after a judge ruled there was no probable cause for his detainment and arrest.

Gardner states that while in the back of a police cruiser he had no seat-belt on. Deputy Nguyen “sent text messages” and “drove at speeds over the posted speed limit”. He goes on to state that the man in the video “was being investigated over allegations that he asexually assaulted a woman by slapping her ass”. Gardner goes on to state “I would do it again” in regards to filming another police encounter.

Our team here at UCM applaud Michael for exercising his rights and not “bowing down” to the police state injustice. Shame on you “Deputy Huang Nguyen”!