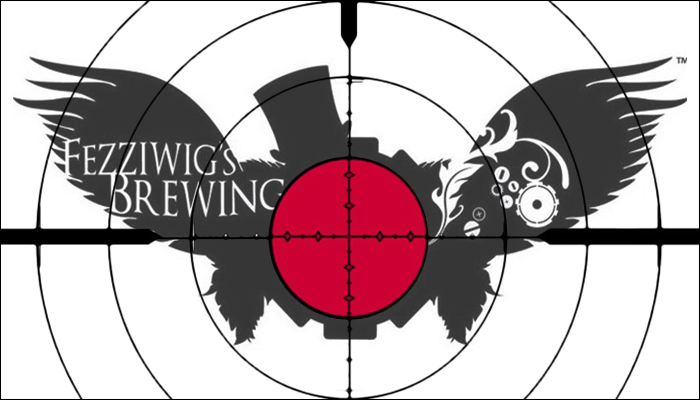 In the Charles Dickens story, A Christmas Carol, Ebenezer Scrooge, along with the Ghost of Christmas Past, revisits his youth and calls upon his old boss, Fezziwig.  Scrooge is reminded of how Fezziwig was:  a loving and compassionate person – the exact opposite of what Scrooge had turned out to be.

There is, or shall I say was, a small handcrafted brewery named Fezziwig’s Brewing Company named after the character in A Christmas Carol.  That was until Boston Beer Co. – with its millions of dollars and droves of lawyers – put a humbug on it.  Boston Beer Co., Parent Corporation of Sam Adams Brewery, has a seasonal beer named “Old Fezziwig Ale ”, and they threatened to sue the tiny micro-brewery located in Carlsbad, CA over the name infringement.

Boston Beer Co. claims that the name is too similar to its “Old Fezziwig Ale” and customers might get them confused.   Although few would ever confuse a Sam Adams’ mass produced beer with that of the hand crafted masterpieces of Fezziwig’s.   As stated on Fezziwig’s website, “Maybe it’s a sign that you’ve ‘made it’ when a multi-billion dollar company threatens to drag you into federal court.”

Also to note, Boston Beer Co., located in Boston, MA, is on the opposite side of the continent, nearly as far as you can get from Carlsbad, CA; so, I have to agree with that statement.  How else would Sam Adams brewery have Fezziwig’s on their radar?  More than anything, Fezziwig’s Beer speaks for itself.

The term ‘Craft Beer’ and ‘Micro-beer’ is in essence the same thing:  to describe the smaller breweries that specialize in unique and distinctively-flavored beer.  The influx of the main market of so many micro-brews skyrocketed and thus became trendy, spawning macro-micro-breweries, which in turn showed the States what good beer tastes like.

Fezziwig’s Brewery is owned and operated by Daniel Guy.   According to his website, he choose the name because, “The name ‘Fezziwig’s Brewing Company’ was chosen because of a love for that story, the values Fezziwig represents, and that it just plain plays well with the steam punk motif of the brewery.”   He also goes on to explain the motif of steam punk and directs readers to wiki for a good description of the term.  Beer selections are aptly named Ebenezer’s IPA, Annabelle’s Umber, Tiny Tim’s Cream Ale, and more, with seasonal selections such as Christmas Ale or Marley’s Ghost.

The ironies in this lawsuit make me laugh.  First, for Sam Adams to be such a scrooge towards Fezziwig’s Brewery shows that they have no clue as to what Fezziwig (the character or the name) is all about.  They are not in the giving spirit; and Sam Adams doesn’t own the rights to the name “Fezziwig” anyhow.  They, too, were once a little beer company working their way up to become the large brewery they are now – one that totally ignores the Ghost of Christmas Present.

Named after American Revolutionist, Tea-Party hero, and True-Son-of-Liberty, Samuel Adams, the second part of the irony is the beverage’s namesake, Sam Adams.   Samuel Adams fought against unjust taxation (he asked, “Is it fair to link litigation with taxation?”); he fought against the strong trampling the little guy simply because they could.   Sam Adams beer is a prominent and powerful beer company that not only has money, but has an army of lawyers at their beckoning.

Part of the reasoning behind Daniel Guy decision not to go to court to keep his companies name is because he knows he would get crushed with paperwork and would have to spend tens of millions of dollars.  He would rather put that money into his beer craft and continue to bring joy to his patrons.

Fezziwig’s Brewery was taking suggestions for the name change – wanting to stay with the motif and theme, in reality not much will change, definitely not the beer I hope.  With many different suggestions ranging from slightly different play of the name Fezziwigs to berating Sam Adams and Boston Beer Company. They decided on “Arcana Brewing Company”.

If you’re a So Cal resident or in town, show some support, stop by the brewery, Say hello.  If not, then you can show some support by putting the word out.  Visit their website  or Facebook page  (hit ‘Like’ while you’re at it).  Say “hello”, or maybe even pick a different beer next time Sam Adams sounds good to you, and send a Ghost of Christmas Future their way.