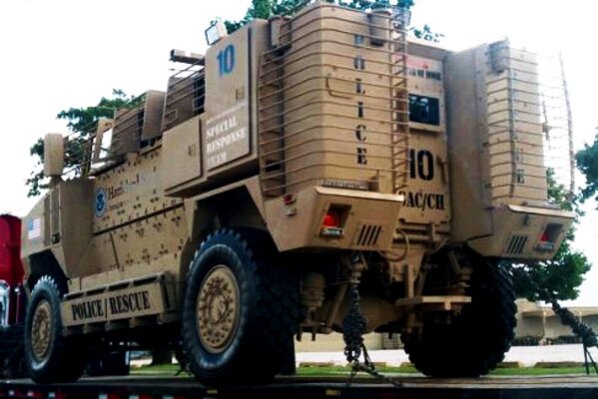 The DHS is going to spend $19 million dollars on a private armed security force unit in Wisconsin and Minnesota. The unit will have  “Top Secret” security clearance according to the official solicitation which also  suggests that the DHS is not looking  to hire armed guards, but professionals or military trained mercenaries.

Why does DHS have enough illegal hollow point ammo to fight a 7 year war on hand? Why are they getting mobile armored units and bulletproof checkpoints? Is it Al Qaeda who is recording all our telephone conversations, emails, instant messages, texts, banking statements and putting camera’s up on the street corners?

Get ready Wisconsin!  Will this keep us safe from terrorists? If we are funding Al Qaeda to fight for us in Syria is this money well spent? Your 7 times more likely to die from a shark attack than a terrorist attack. You do not see them hiring more life guards at the each do you? Get ready Wisconsin VIPER teams are on their way!

Must we be raped by the TSA to keep us safe from terrorists? Isn’t rape terror?  Why is the TSA employee’s always in the news for crimes? Why does the TSA hire felons?

If the government spent 360 million dollars to create the Obamacare couldn’t they have given us each a million dollars? (America 317 MIllion people) So why get ready for riots?